You are here: Home / Tech & Science / Hate Spiders? You Might Want to Postpone Your Visit to Tennessee. 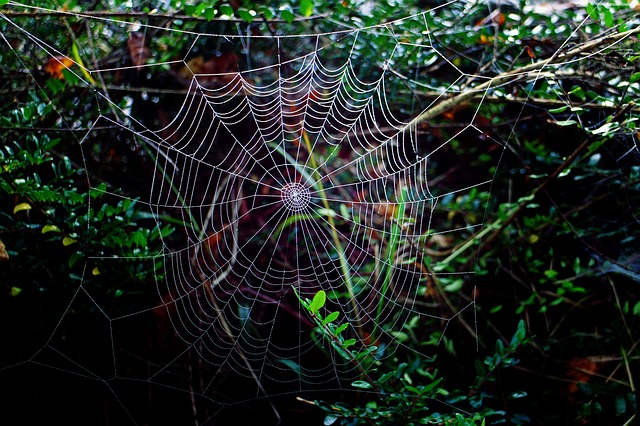 Hate spiders? You might want to postpone your visit to Tennessee. Tennesseans recently woke up only to discover a gigantic spider web in one of the city’s neighborhoods. It seems that millions of arachnids have taken the city by storm and are now creating their webs everywhere, giving the impression that the city has been engulfed in a single, enormous web.

At first glance, it would seem that the lawns, trees, lamp posts and vehicles in Tennessee are covered by a thin lair of frost or by some kid of dew, but if you look closer you’ll see the incredibly delicate webs. Not only that, but Tennesseans are also having to struggle with the tiny creatures responsible for weaving the webs.

Some say that their numbers range in the thousands, others say that there are millions lying around, but whichever number you chose to believe, the spiders are obviously a bit of a nuisance for the locals. While the arachnophobes in Tennessee are certainly not having a great day, many locals find the creatures at least creepy, if not a complete nuisance.

People in affected areas have explained to several media outlets that the tiny arachnids are everywhere around them, lingering on their houses and window panes and crawling around porches and vehicles. In some cases the creatures have managed to actually enter the home and have caused the residents to leave, deeming the place uninhabitable because of the overwhelming numbers of the spiders.

The infestation has caused the assembly of a free exterminations service as more and more people are complaining about the ever growing number of insects. And while some residents are worried about the possibility of being bitten by spiders, representatives for the Terminix extermination service have explained that the small spiders are harmless and that their bite can’t cause any actual damage.

While previous infestations may have gone unnoticed, this one certainly hasn’t as the spiders are not only crawling everywhere but, according to locals, they are also being picked up by the currents and are flown through the air. This can lead to several crawling creatures scrambling to make their way up and down people, which one can only imagine is not the most pleasant experience in the world.

But action is being taken and both the afflicted houses as well as the neighboring ones are being treated in order to make sure that the infestation is contained to its current location and size. Still, if you’re not a big fan of spiders in general, you might want to postpone any leisure trips to Tennessee for a few days just to be on the safe side.