You are here: Home / World / Italy Calls On European Countries Over Migrant Redistribution in Europe 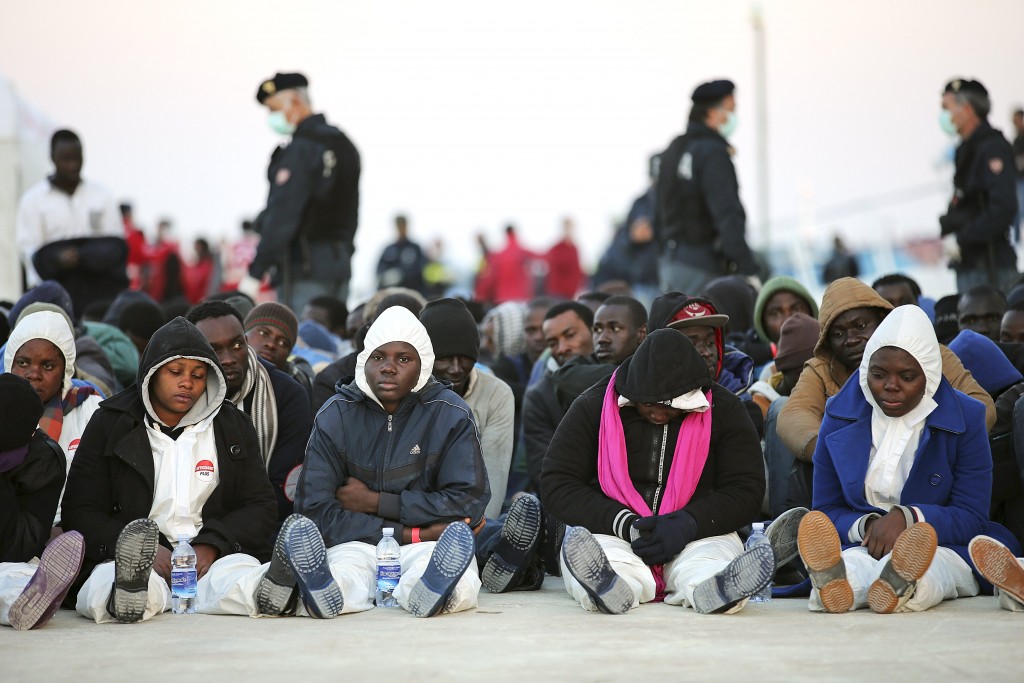 Migrants rest after they disembarked in the Sicilian harbour of Augusta

Yet another call to solidarity was issued by Interior Minister Angelino Alfano on Sunday, asking other European countries to share the burden of the thousands of migrants that are rescued from the sea and then processed in the overflowing centers across the country.

Since Italy is one of the few forefront nations, officials have increased pressure on EU to offer a helping hand by establishing centers in Libya which will separate genuine asylum seekers from those who do not qualify for this status.

Mr. Alfano was disappointed to find that bordering EU neighbors are doing the opposite of what is needed by refusing to process unregistered migrants that happen to cross the border into their territories.

Italy has upped its efforts in finding partners to share the burden with, after an incident in which 150 migrants – mainly Eritrean and Sudanese – attempted to cross the northern border into France and were blocked by increased security along the border.

He added that there are three clear solutions that could be implemented: setting up equal migrant redistribution in Europe; organizing refugee camps in Libya; or coming up with a policy of repatriation.

EU has already proposed a migrant quota plan, in which more European countries were asked to equally divide around 24,000 refugees among themselves. This solution, however, has been met with criticism and disapproval from a lot of tempered governments.

Italy’s increased efforts were sparked by the fact that France, Germany and Austria have all ramped up their border surveillance and banned any more migrants in their crossing over from Italy. Germany’s border stops are an attempt to create a safe environment for the G-7 summit that will take place this weekend in Bavaria.

According to European asylum rules, states have the right to increase border checks for exceptional circumstances as this one, when they have to process a great deal of unexpected migrants.

Under this emergency measures, the EU has deemed that only those facing the worst struggles will be taken in; so far, only Eritreans and Syrians qualify. But that is not enough, as Rome and Milan are overflowing with would-be refugees that need accommodation, as hundreds of them have set up camp around train stations.

In 2014 alone, more than 50,000 boat migrants have arrived in Italy, and according to the official details published in Corriere della Sera, the great majority of them are from Libya.

Luxemburg will be hosting a closed meeting with some of officials from European countries involved in this, deciding which proposal has more backup. Mr. Alfano hopes that the European Council will choose solidarity.
Image Source: Japan Times