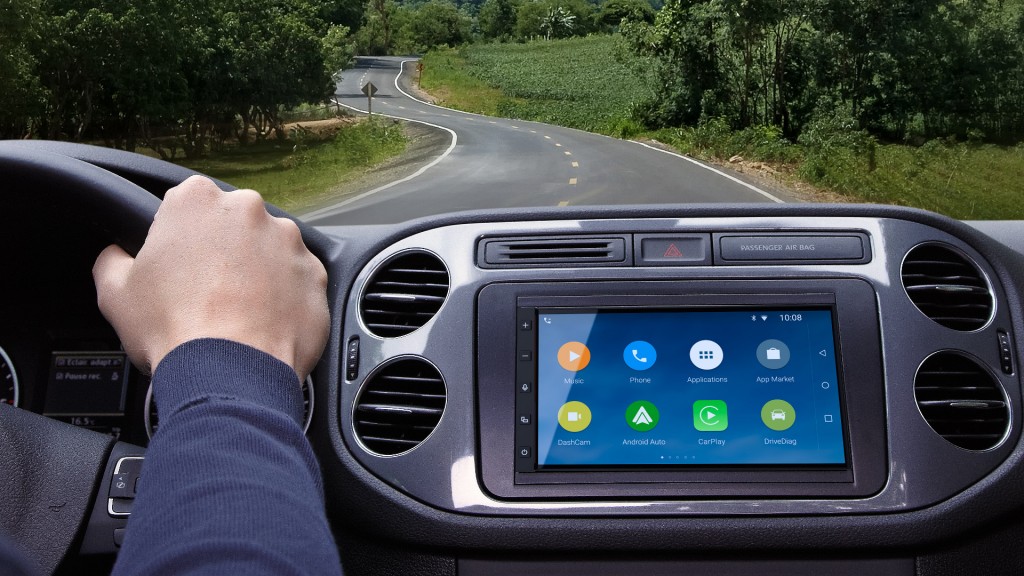 Hyundai’s 2015 Sonata sedan if the first model offered by an automaker that has included Android Auto infotainment universe in their board’s center screen.

If you’re buying the sedan and you choose to purchase the $4,100 tech package, which comes with a navigation system, Android Auto is offered for free. Following a few test drives, first impressions showed the system passed with flying colors, except a few hiccups.

It is impressive that you can give a voice command saying you want the system to search for a sandwich shop, and it can give you directions in no time for the closest geographic landmark matching your command.

But what’s even more impressive it’s that Android Auto handles requests with incredible simplicity and flexibility. Testers agreed that it didn’t just work, but it was also remarkably easy to use.

And if you find it surprising that the system’s functionality had to be mentioned as a strong suit, you haven’t had a chance to work with the vast majority of infotainment systems that exist currently on the market, the ones provided by car companies.

Most of them, with very few exceptions, simply do not work. According to statistics, there is no other car feature that causes more customer complaints than a car’s board system. One of the most spectacular failures is the voice recognition feature, which has given Google and Apple – the gods of mobile screen interface – the opportunity to step in and show them how it’s done.

Android Auto and CarPlay will become the norm

Thanks to them, we know have two viable options. Since March 2014, Apple has been working on developing CarPlay, a system that takes over the center screen and turn it into an iOS device. Then, it offers various apps for things like messaging, maps, music, notes and more.

Same year, Google came up with the perfect response, creating Android Auto, which basically offers the same experience, but uses Android. Ever since then, no major automaker could pass up the opportunity of signing up to offer one or even both systems in their cars – why would they, since the customers want them.

By the end of 2015, IHS anticipates Android Auto and/or Apple CarPlay will be in approximately 1.5 million vehicles. A fast increase in prevalence is predicted in the next 5 years, and by 2020, that figure will reach 68 million.

Besides being incredibly useful, Android Auto has the easiest of setups: connect your Android smartphone to the car’s USB port and choose the “Android Auto” option on the center screen.

There you have it: the Android Auto infotainment universe mimicking the interface of your smartphone, which means you don’t have to go through the hassle of getting used to a new system. All of your contacts and favorite locations will automatically sync with the system.

Creators have done a marvelous job at designing Android Auto in the best possible way for car use. The apps are divided by the criteria of what’s safest while driving; maps and music are shown on the center screen, but calls and messaging is only available through voice commands.

In order to minimize the time you don’t look directly at the road, Android came up with an easy to use design; there’s no way you can miss the big buttons and the large icons on the screen.

Google Now, the feature which offers cards with useful notifications has no better place than in the car. It uses your history and calendar in order to suggest navigation destinations and to push reminders for your next meeting or event.

Giving directions for finding new places has been significantly improved, too. You don’t need to have the exact address in full or the name of the street; the voice system recognizes cities as a destination. Moreover, you can give intersections as directions, and Android Auto can handle those as well.

Scrolling through the contact list is not an option, as it would steal too much attention away from driving. But there’s no reason to worry, as the system has been perfected to call people by voice command. This feature has always been a pain to use, but Android Auto comes off with little room for error.

You also have the option of calling someone’s work number or cell phone. New messages can be read out loud; while the pronunciation isn’t perfect, it is guaranteed you’ll understand what it says.

There are, however, several bugs that need a more thorough fixing than unplugging the phone and plugging it back, which is an annoying solution. Contacts might not always show up and listening to radio through the app might sometimes meet you with silence – all of these need a closer attention for future updates.

However, Android Auto’s best feature remains its ease of use. We’re all familiar of how Google works, and now we have the opportunity of using that in a smart and to-the-point design inside our cars. You don’t need more options or more apps; sticking to the main tasks helps you remain focused on the main activity: driving.
Image Source: Android Authority