You are here: Home / Technology / Apple Watch Sales Predictions Go Through the Roof 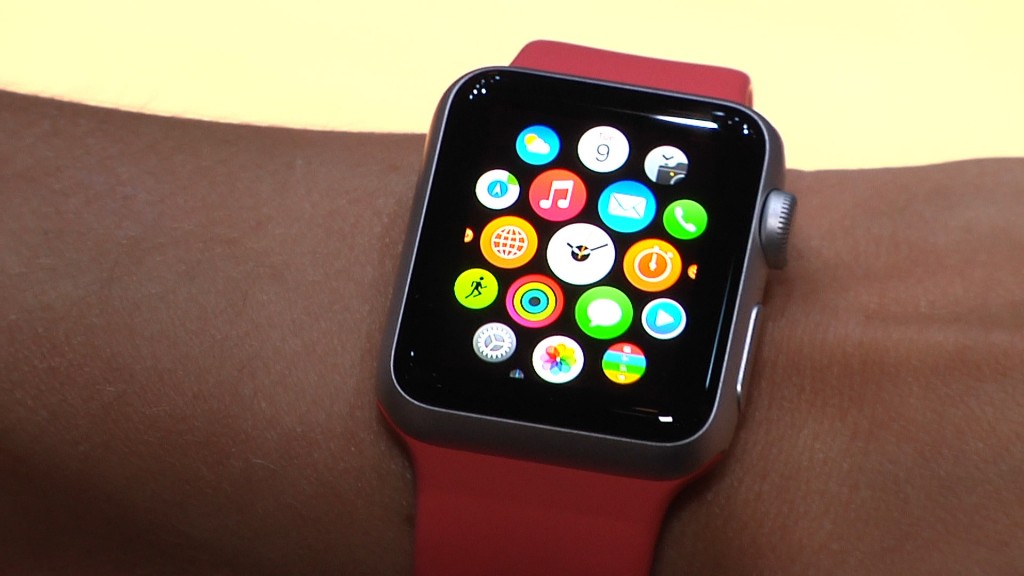 CCS Insight, a national research firm, has issued a report confirming that Apple Watch will have a major contribution in the wearable gadget world starting this year. The year 2015 will be very profitable for wearables, sales spiking to 158 percent to 75 million units. CCS Insight predicts that Apple Watch, whose release is set for April, will quickly reach number one, selling at least 20 million units this year, sending Apple Watch sales predictions through the roof.

Ben Wood, CCS’s chief of research, stated that Apple’s new device will act as a propeller for the wearables market, taking it to a new level of growth. The smartwatch was unveiled in September, at the launch of iPhone 6 and 6 Plus. Reports show that it will start at the selling point of $349, but the price will increase gradually, depending on the version you want to buy: standard, luxury and sport.

Other analysts are not as positive as CCS Insight about Apple’s Watch sales in 2015. For example, Piper Jaffray analyst Gene Munster predicted that the sales will reach 8 million, Wall Street – 12 to 15 million. Either way, Apple has asked for 5 to 6 million of units to be manufactured for the first quarter after release.

There is no doubt: Apple Watch is a highly anticipated gadget. It is certainly not the first smartwatch to reach the market, but none of the others (from Pebble, LG or Motorola) have succeeded in attracting such a high consumer interest. However, CCS Insight puts all the pressure on Apple Watch for developing or failing the smartwatches niche market.

As it is now, the company has all the necessary ingredients for making the customers love Apple Watch. But their success or failure will spread over the entire smartwatch market, so a lot is at stake. Even if it’s rather impossible to predict the public’s reaction to the device, some analysts have tried nevertheless. As it turns out, the survey based on nearly 1,000 American iPhone owners showed a decreased interest in buying the watch, from 10 percent a year before launching, to 7 percent presently.

CCS Insight has tried to predict the growth in the wearables market beyond the success of Apple Watch, anticipating a growth from 29 million units in 2014 to 172 units in 2018, worldwide. Among the devices which will gain traction by 2020, CCS counts smartwatches and fitness trackers, as well as wearable cameras and eyewear devices.

With the fast developing of new devices in this market, CCS Insight predicted that by 2018, sales in wearable gadgets will surpass 340 million units, worldwide.