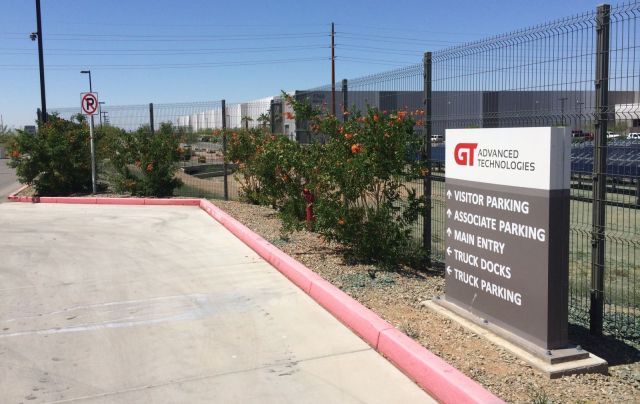 Apple Inc. recently announced that it planned to burn $2 billion to turn the GT Advanced Technologies’ plant in Arizona into a high-tech “command center” for all its global networks.

A spokesperson for Apple publicly said Monday that the new command center was one of their company’s largest investments ever been made, which would result in 600 new engineering and construction jobs. However, the figure seems more like a drop in the bucket compared to the more than 1 million of jobs that the company has already created in the U.S.

Arizona Gov. Doug Ducey was more specific, and stated that the new investment would create 150 full-time jobs and 300 to 500 temporary trade and construction jobs.

On Monday, Apple reported that it intended to convert the failed Mesa plant of its former business partner GT to a data center. The factory was designed to manufacture high-tech sapphire panel displays for smartphones. However, the business somehow failed to properly launch, GT entered bankruptcy, and Apple obtained ownership of the factory at the end.

GT Advanced Technologies and Apple Inc decided to start doing business in November 2013 when they closed a deal to jointly built the Mesa facility which was expected to develop a unique sapphire-based technology designed for screens of high-tech gadgets, including iPhones.

Back then, Apple reported that the project would create 700 new full-time jobs and nearly 1,300 temporary construction and trade posts. Investors were also extremely optimistic about the deal. The sapphire screens were meant to be used exclusively in Apple devices, so if all went well the business would have brought billions of dollars to the investors’ pockets.

However, something had happened and iPhone 6 as well as IPhone 6 Plus were launched without the new technology in their screens.

Additionally, in October, GT filed for Chapter 11 bankruptcy protection and announced that it would shut down the Mesa plant. From bankruptcy-court filings we learned that GT had to close the plant because the cash burn required to keep the facility running for Apple was overburdening.

On Monday, Apple also said that the new Arizona headquarters would use solely green energy. The energy will be produced by the solar panels of a local solar farm.

Arizona governor seemed very satisfied with the investment, telling reporters Monday that the Apple’s move was “a huge win for Arizona and a high testament to our business-friendly climate and talented workforce.”