You are here: Home / World / Jews Feel No Longer Welcome in an Increasingly Anti-Semitic Britain 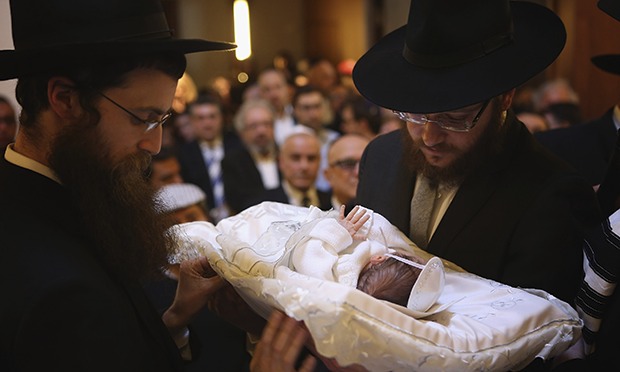 The newly founded Campaign against Antisemitism (CAAS), a Jewish community advocacy group, has released a annual report measuring the scale of anti-Semitic sentiment in the U.K. The report shows that the levels of antisemitism in British population reached historical levels.

The report was based on two surveys carried out by CAAS. According to the report, nearly 50 percent of the British people hold at least one anti-Semitic prejudice.

One of the surveys shows that 25 percent of people living in the U.K. believe that Jews are after money more than other minorities, 17 percent believe Jews feel superior to other nations due to their “chosen people” status, while 13 percent think Jews keep talking about Holocaust to gain sympathy.

Among other reasons for discontent among Britons is the general feeling that Jews are more loyal to their state Israel than to Britain. About 20 percent of Britons thinks so. Another 10 percent said that they would not be happy if a relative would marry a Jew, while 11 percent believe that Jews are more likely to get engaged in dirty businesses than other people.

Additionally, the second survey performed on 2,230 British Jews revealed that voters of The UK Independence Party (UKIP) were more anti-Semitic than other British parties’ supporters.

The survey also showed that 56 percent of the British Jews believe that the current tidal wave of antisemitism in the U.K. is an echo of the widespread anti-Semitic hatred promoted by the Nazis in the 1930s.

CAAS said that nearly 60 percent of the U.K. Jews had the feeling that they were no longer welcome in an increasingly anti-Semitic Britain that gave them no hopes for a long-term future.

In 2014, anti-Semitic attacks skyrocketed across London. The police reported more than 200 anti-Semitic offenses in the capital over a 7 month-long period. A year earlier, during the same period, only 97 similar offenses were recorded. The police said that last year was the most anti-Semitic year since records began 30 years ago.

Also, the surveys show that 45 percent of the British Jews feel no longer safe in Europe because of the Islamist extremism, see the Charlie Hebdo attack, while nearly 65 percent think British authorities tolerate antisemitism and often let it go unpunished.

The results of our survey are a shocking wake-up call straight after the atrocities in Paris. Britain is at a tipping point. Unless anti-semitism is met with zero tolerance, it will grow and British Jews will increasingly question their place in their own country,”

Gideon Falter, spokesperson for the the CAAS, said.