You are here: Home / Technology / Facebook: The Number Of Senior Users Is On The Rise While Californians Brag The Most 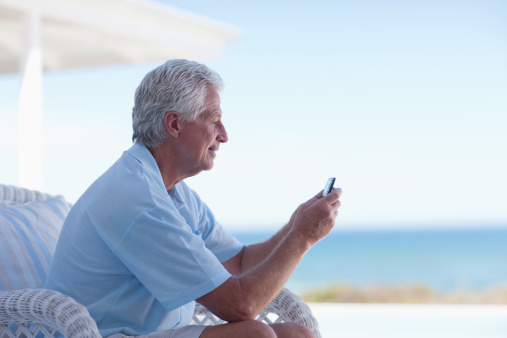 Two recent studies reached interesting conclusions regarding Facebook: the number of senior users is on the rise while Californians brag the most.

According to the 2014 “Social Media Update” study conducted by The Pew Research Center, young people are not getting tired of Facebook, they are just outnumbered by the adult users who are joining in. Findings showed that out of the total number of Internet users over 65 years, 56 percent own a Facebook account.

Furthermore, Scarlet Fu chief markets correspondent for Bloomberg Television considers that the cause for the apparent decline in young Facebook users could be the fact that when asked about frequent Facebook usage, young people might feel uncomfortable stating the truth, so they just give a lower approximated number.

One of the reasons seniors decide to create a Facebook account is that it helps them get in touch with loved ones. It is also an easier way to reestablish friendships with old companions and schoolmates.

Although the total number of Facebook users has easily declined, the social media site won’t necessarily be influenced by this due to the fact that current Facebook users are spending more time on the site in comparison to last year.

Facebook has been the focus of another study conducted by HeyLets, a social platform that questioned 2,500 Americans in regards to their experiences social media sites. Their findings showed that the users on the West Coast are the ones most dedicated to self-promotion, using sites such as Facebook, Twitter or Instagram to share the good side of their lives.

According to the study, 62 percent of questioned people said they use social media most frequent when going on special trips, attending an important a memorable event or when meeting a popular figure.

Other reasons for sharing private details are when a loved one does something memorable or when receiving good news relating work.

HeyLets concludes that people share private information on social networks as an opportunity to boast about how great their lives seem to be. Site representatives explained:

“On social networks like Facebook and Instagram, many so-called ‘status updates’ are really ‘brag-commendations’ — opportunities to enhance your status with friends and followers by showcasing your apparently amazing life”.

The research found that Californians tend to be the biggest boasters, closely followed by the residents of Washington and Nevada.
Image Source: Getty Images