You are here: Home / Tech & Science / Comet Lovejoy is Still Visible on the Northern Skies 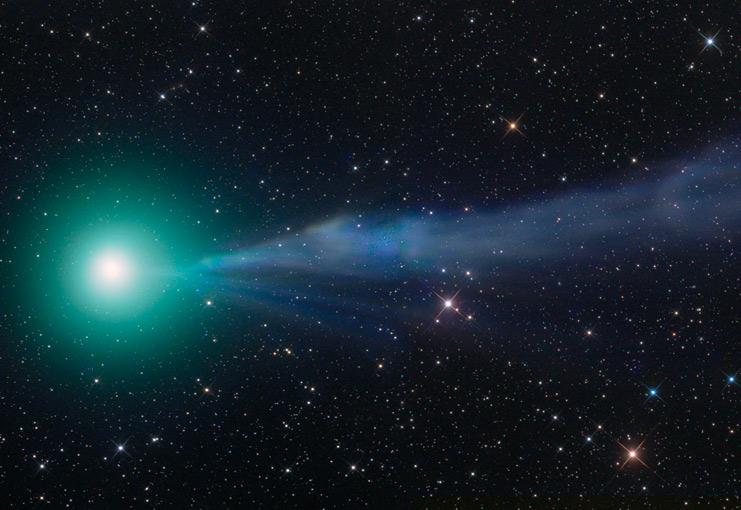 Great news for comet fans that have missed comet Lovejoy on January 7th, the moment of its peak. Comet Lovejoy is still visible two more weeks after that date in the Northern Hemisphere’s night sky.

On January 7th, Lovejoy, also known as Comet C/2014 Q2, was at its nearest point to Earth, at about 43.6 million miles away. Many people have already seen it with the naked eye and marveled at its glowing greenish colors. Astronomers say that there’s still a good chance of seeing it in the next couple of weeks.

Those living in locations affected by light pollution are recommended to go in a remote place to see Lovejoy, if they don’t plan on observing the comet with the use of a telescope. Space fans that cannot leave their cities could still use a telescope or binoculars to catch a glimpse of the comet.

Astronomers say that comet Lovejoy is now next to constellation Orion in the Northern Hemisphere skies. Orion is a winter constellation that can be easily spotted by three bright stars in a row which shape Orion’s belt. Comet Lovejoy can be seen in the vicinity of this constellation as a fuzzy green spot. Comet fans are also privileged this year because the moon is growing smaller and doesn’t block the comet night show with its rays.

Lovejoy started its journey in the Southern Hemisphere and slowly moved into the Northern Hemisphere to the delight of observers located there. On Thursday, astronomers said that the comet was at the limit for being seen with the naked eye. Two days ago, comet Lovejoy was at 4th magnitude, making it visible with the unaided eye. But, due to its diffuse fuzziness, observers who live under light pollution still needed binoculars to see it.

Comet fans that have observed Lovejoy through binoculars and small telescopes described it as:

“… a circular patch of white light, roughly half the apparent width of the moon.”

Over the past weeks, observers reported that Lovejoy has lost and regained its tail several times. Yesterday, Lovejoy entered constellation Taurus (the Bull), but Orion can still be used as a reference point.

On January 30, comet Lovejoy would be at its highest point to the Sun, or perihelion, and it would have the brightest coma so far.