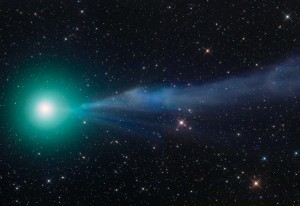 Great news for comet fans that have missed comet Lovejoy on January 7th, the moment of its peak. Comet Lovejoy is still visible two more weeks after that date in the Northern Hemisphere’s night sky. On January 7th, Lovejoy, also known as Comet C/2014 Q2, was at its nearest point to Earth, at about 43.6 million miles away. Many people have already seen it with the naked eye and marveled at its … END_OF_DOCUMENT_TOKEN_TO_BE_REPLACED