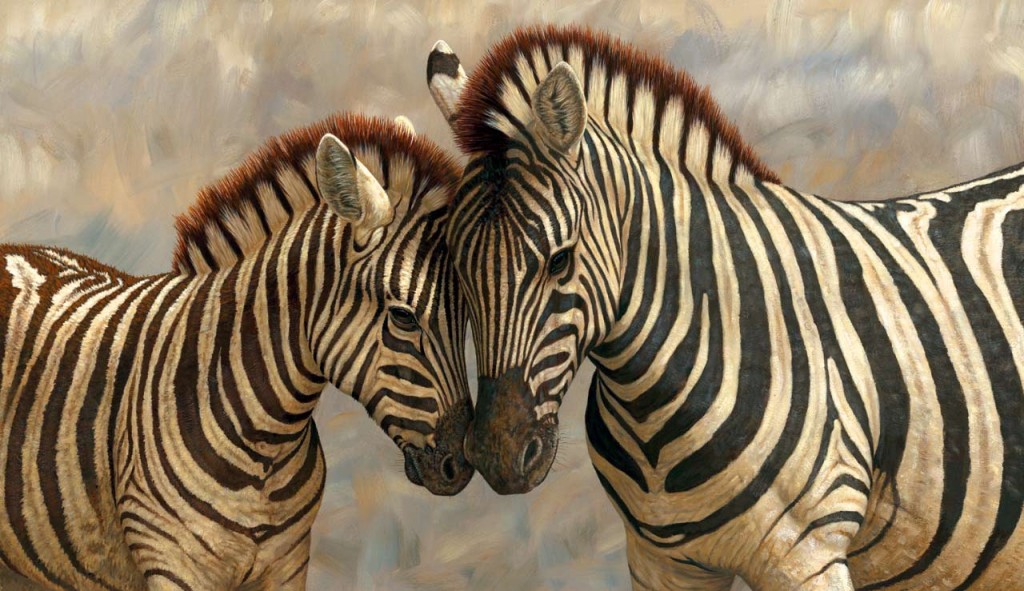 You’d think that the two are completely unrelated when first thinking about it, but scientists believe that there is a connection between climate change and zebra stripes. As inconceivable as it may seem, a study published in the scientific journal Royal Society Open Science claims that zebra stripes have developed as an adaptive trait which enables the animal to regulate its body temperature.

The team of researchers concluded that temperature differences across African plains could represent a viable option of estimating the density and number of stripes among zebras living in particular regions.

Researchers investigated 29 different environmental variables which could influence the animal’s stripe patterns. These striping patterns vary regionally and while previous research suggested that social cohesion, camouflage or thermoregulation may have been essential factors in predicting these variations, temperature alone can also successfully predict the stripe pattern variation.

In their attempt to analyze the connection between stripe variations and the environment, the research team studied stripe characteristics among zebras in 16 different sites. By quantifying these stripe particularities (number, thickness, color saturation and length) and standardizing the values, the research team then cross referenced the information with environmental variables.

The research team concluded that temperature and precipitation in particular areas were correlated with the definition of stripes on zebra’s backs. On the other hand, the prevalence of tsetse flies and lions in a particular region did not correlate with the stripe’s definition. These results suggest that, as opposed to what previous literature claimed, zebra stripes have less to do with camouflage and tsetse fly avoidance and more to do with body temperature regulation. 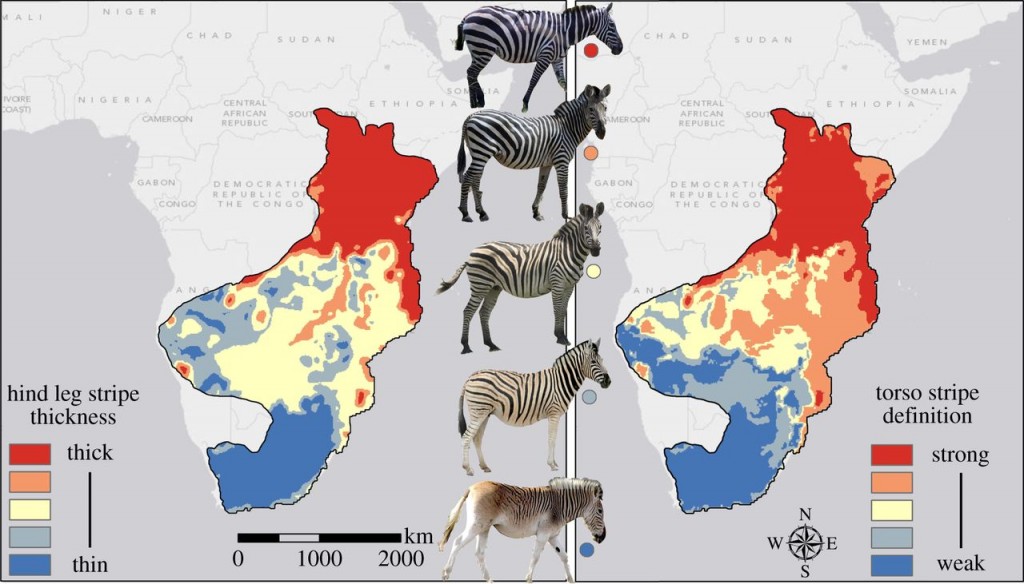 “We found that environment, particularly temperature, was a significant predictor of zebra stripe patterns across their entire range in Africa.”

One possible argument in support of the thermoregulation theory would be that different stripe patterns give rise to particular air currents which in turn have cooling effects. However, this hypothesis has yet to been proven, as study authors point out. Papers investigating the thermoregulation theory have yet to be published.
Image Source: Royal Society Open Science