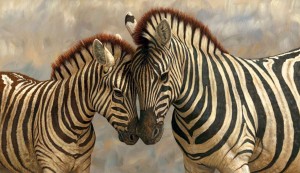 You’d think that the two are completely unrelated when first thinking about it, but scientists believe that there is a connection between climate change and zebra stripes. As inconceivable as it may seem, a study published in the scientific journal Royal Society Open Science claims that zebra stripes have developed as an adaptive trait which enables the animal to regulate its body … END_OF_DOCUMENT_TOKEN_TO_BE_REPLACED