You are here: Home / Technology / Wire, the New app In Town Backed by Skype Co-founder 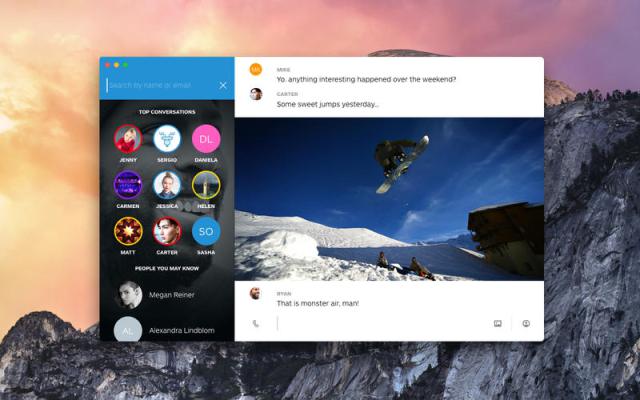 Wire, the new app in town, that challenges Skype and others alike, is being backed-up by no other than Janus Friis, co-founder of the latter.

Wire aims to play in the same league as the wide range of apps designed to help you stay in contact with friends, such as WhatsApp, Facebook or Twitter.

Designed by a German and Swiss startup, the new app already has the advantages of being more adaptable to newer devices like IPhone6 and showcases improved file compression in a simpler interface compared to Skype.

Most of the employees at the new startup have already worked for important tech companies. For example, the CEO, Jonathan Christensen was part of Microsoft’s MSN Messenger team.

Until now, the app supports pictures, GIFs and audio- both one-on-one and in group, as well as the,by now classical, text chats and voice calls, but only to three compatible browsers, respectively Opera, Chrome and Firefox.

Wire creators say the audio quality of the app is one of the best thanks to the Opus audio codec, which supposedly plays voice in a very accurate and intelligible way.

Wire has set- in players that can play YouTube or SoundCloud from the chat window.  However, real-time video calls are not yet available, though it is a feature to be added in the near future according to company representatives.

Available for iOS, Android and Mac the app can sync messages across devices. However, the minimalist user interface along with Mac client’s controls might seem a little bit difficult to those used to Windows apps. Once they get the hang of it, navigation runs smoothly for it basically means swiping and pulling through various screens. So far, the app does not permit uploading personal background pictures or adding friends from the phone’s contact list.

Nevertheless the app displays large images on a black background theme. During chat the content covers the whole screen and the background varies according to friends profile picture. Also, the option of pinging friends instead of sending texts to get their attention is welcomed  and boosted by the choice of ringtone.

According to the staff behind Wire, the company foresees a future when add-ons might be allowed on the app for certain fees but says that personal data will not be used in order to target advertising.  Wire uses end-to-end voice calls encryption and to and from its data centers encryption for messages and media.

At the moment Wire brains are working  on an HTML5 version and plan a PC-compatible version complete in “less than a quarter”.