You are here: Home / Tech & Science / Nintendo Releases The Legend of Zelda on Wii U 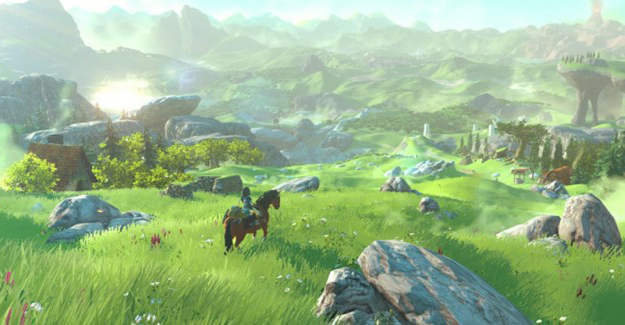 It’s official! Nintendo releases The Legend of Zelda on Wii U and two other games in 2015. Features and more were released at The Game Awards in Las Vegas.

The game designers from Nintendo plan to steal the show in 2015. They announce that in the year to come they have three major games : The Legend of Zelda, which is the star, Mario Maker and Code Name: S.T.E.A.M.

The famous developer Nintendo and its game designers, Shigeru Miyamoto and Eiji Aonuma, made an appearance at The Game Awards in Las Vegas on December 5 via video conference to announce the new gaming system’s Wii U video game and the new feature it brings to the table.

The two game designers have presented The Legend Of Zelda video game and its latest visual upgrades which make the game pretty amazing. Also they provided specifics about features such as pinpointing locations on the map by using the Wii U GamePad that will help players navigate the vast world of the game, new items like SailCloth, and improvements in the behavior of Epona which is Link’s horse. The designers showed that in the new Wii U video game Epona will no longer need guidance to avoid obstacles, she will now be able to do that on her own just as a real and intelligent horse would do. This feature will allow Link to use his arms to wield a sword or shoot arrows.

This is not all that Nintendo used to brag at The Game Awards. Mario Maker was a star of the awards also. New features about the game, that was first presented in June at the E3 Video Game Conference, were released during the game awards in Las Vegas. Looks like players of this game will have the freedom to create and design their own Mario levels by using the Wii U GamePad to change the aspect of the levels to be similar to those of classic Mario games such as Super Mario Bros., Super Mario Bros. 3, Super Mario World and the brand new Super Mario Bros. U. Each level designed by users will include mechanics and maneuvers from their game of origin, bringing back the ground-pound or the wall-jump moves from classical games. The game will launch in 2015 when Super Mario Bros. will celebrate its 30th anniversary since it was first released.