You are here: Home / Archives for Nintendo announced the release of The Legend of Zelda 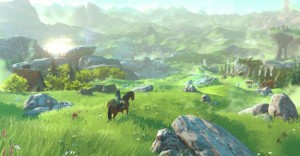 It's official! Nintendo releases The Legend of Zelda on Wii U and two other games in 2015. Features and more were released at The Game Awards in Las Vegas. The game designers from Nintendo plan to steal the show in 2015. They announce that in the year to come they have three major games : The Legend of Zelda, which is the star, Mario Maker and Code Name: S.T.E.A.M. The famous developer … END_OF_DOCUMENT_TOKEN_TO_BE_REPLACED