You are here: Home / Technology / BlackBerry Classic Smartphone Released Which has a Physical Keyboard 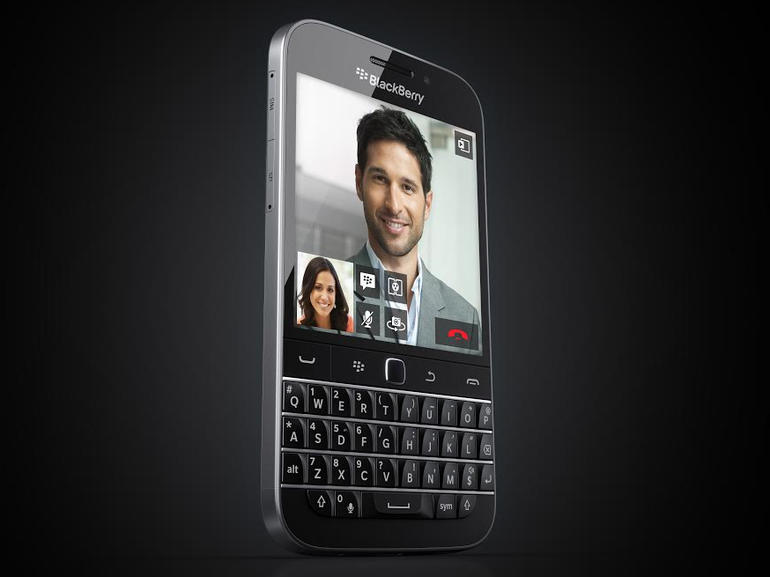 BlackBerry has released the Classic smartphone which has a price of 449 U.S dollars and is currently available in the United States and Canada. The smartphone has a qwerty physical keyboard and a trackpad and was officially announced on Wednsday.

Statistics show that BlackBerry takes less than 1 percent of the smartphone market and has a little less than 45 million users who are mostly older people. BlackBerry still manufactures smartphones with a physical keyboard, a fact that has made the Canadian company recognized before 2007 when the first iPhone from Apple was released.

It is yet unknown how John Chen, CEO of BlackBerry, plots to draw the attention of people under 35 years old who fancy touchscreen keyboards and help BlackBerry survive on the smartphone market. A recent blog from BlackBerry stated that even President Obama enjoys BlackBerry smartphones but who knows if this will be enough to resurrect the brand.

Chen made an appearance on CBS This Morning where he made efforts to explain how BlackBerry plans to gain the attention of young people that like touchscreen keyboards and stated that maybe BlackBerry Classic smartphones should be manufactured in other colors besides black.

John Chen also acknowledged that about 13 months ago when he was put in charge of the company, they calculated losses of billions of dollars. According to him, BlackBerry’s income has increased since he became chief executive officer but in the last quarter the company still had a low income of 916 million dollars. The next earnings report of the company will be released on Friday.

During the release of the Passport smartphone, which also comes with a physical keyboard and BlackBerry Enterprise Server 12, that took place in New York, Chen also stated that 2014 was a busy but pleasing year for BlackBerry.

Chen also addressed people, young people in particular, to try the new Classic smartphone from BlackBerry. He also said that he is confident that the new product will be a pleasant surprise for everyone, not just for the loyal public. The BlackBerry Classic is equipped with a physical keyboard and touchscreen also and it is considered by Chen to be a journey back to the origins of BlackBerry smartphones.

The BlackBerry Classic was compared to the BlackBerry Bold 9900, which also was equipped with a trackpad and a physical keyboard, but Bold 9900 keys were aligned in curved rows. The Classic will have the keys separated by steel frets and will be arranged in straight rows.

The Classic will have the BlackBerry 10.3.1 OS, which is the latest operating system, and has a browser that will run three times faster than Bold’s browser and its battery will last 50 percent longer in continuous use which means 22 hours.

The screen of BlackBerry Classic will square and will measure 3.5 inch which is 60 percent larger than the screen of Bold 9900. The back camera will have 8 megapixel and the front camera 2 megapixel. The storage available for the Classic can reach 144 GB which is 104 larger than Bold 9900 and is equipped with a 1.5 GHz Qualcomm Snapdragon processor.

Both Android and BlackBerry apps will run on the Classic for productivity and enterprise tools or programs and Amazon Appstore can be used for entertainment and games.

BlackBerry Classic will be able to run on networks such as Rogers for Canada and AT&T for the United States beginning with December 30. Also Chen stated that Verizon network will soon be available for the Classic but an availability date was not specified.