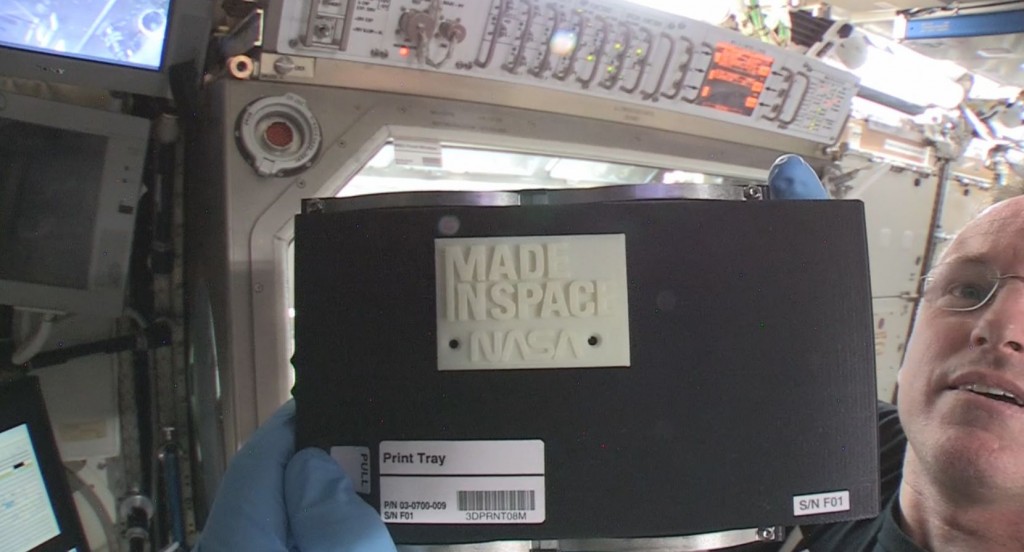 A 3D printer produced its first piece on the International Space Station, a milestone for space exploration. The printer reached the ISS in September on board of a Dragon cargo capsule operated by SpaceX. The 3D printer produced by Made In Space, a California-based start-up, was installed by Commander Barry “Butch” Wilmore on Nov. 17 and was soon calibrated.

ISS researchers had to test the technology in space in order to verify if the technology provides similar results in zero gravity as it does on Earth. An identical piece fabricated on Earth by the same 3D printer will be used for comparison.

“This is the first object truly manufactured off of planet Earth,” Made In Space CEO Aaron Kemmer said. “It’s a huge milestone, not only for Made In Space and NASA, but for humanity as a whole.”

Future space expeditions will benefit from the new technology, which provides innumerable benefits to a wide range of scenarios. Ultimately, the next generation of space explorers could build their own tools using the materials discovered on other celestial bodies.

The first product was a piece of the 3D printer itself, the extruder plate, which measures 3 by 1.5 inches. Both NASA’s logo and Made in Space have been inscribed on the product during the one-hour-long process. During the next period, researchers on board of the ISS will continue to test the device. All the lessons will be applied to a next generation 3D printer, expected to reach the space station sometimes next year.

“We thought a lot about how we could demonstrate the historical shift here,” Kemmer said. “It represents the idea that if something goes wrong on the space station, or future space stations, the crew and NASA now have the ability to build a solution.”

The 3D printer works by using a piece of ABS plastic. After melting the raw material, the machine uses it to prints an object layer by layer. At the moment, 3D technology relies on plastic, but next generation models may use various types of metal instead.

We dream of a future where our existence will not depend on physical locations and 3D printers are the tools that can help us achieve a whole different level of independence from classical manufacturing processes. Traveling to Mars takes about half a year with the current technology. If a key component brakes down, explorers will be able to replicate it on the spot, instead of waiting for the next shipment.