You are here: Home / Technology / Facebook to Implement Money Transfer Option on the Messenger App 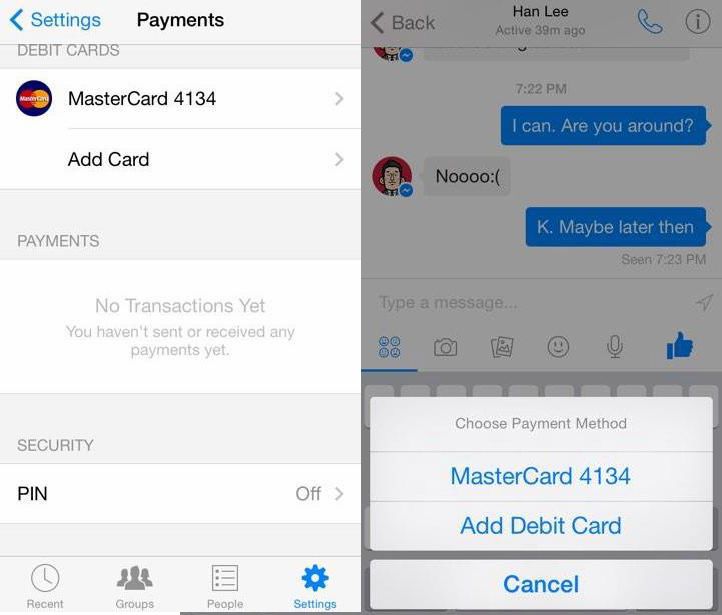 Facebook has been making some very strange decisions lately. For example, it decided that the only way to chat on Facebook, through mobile devices, is by installing the messenger app. Of course, most Facebook users were not content with this, and Facebook Messenger quickly became one of the lowest-rating apps on the market, despite the number of downloads. Speaking of Facebook Messenger, it seems that the app also has an ability to transfer money that it has not yet made public.

Last month, Jonathan Zdziarski, shared to his Twitter that he has found some payment system related codes on Facebook messenger. Aude has also continued his searches to see if there is any code related to the payment options that is supposedly hidden in Facebook messenger. This news should not come as a surprise, especially considering that Facebook hired former PayPal president David Marcus in June. Since then, speculations that the company is creating a payment transfer option have appeared.

Mark Zuckerberg has already announced that Facebook will soon have eCommerce options. The social platform also has the messenger app pushed on mobile devices, so this means that the money transfer option will be easy to implement. Until now, PayPal has been the market leader for online money transfer, but the company will soon be competing with the likes of Facebook and Apple who offer two-click money transfer capabilities.

At the moment, Paypal charges between 2.8% and 3.5%, depending on the location of the transfer, but it will transfer money between friends and families for free. Apple and Facebook are preparing to launch their own payment services, but will they generate decent revenue? The answer is probably yes, because more and more people are using smart-phones and tablets, and fast integration with money transfer options will make life easier. Sending money through Facebook messenger might be a lot more convenient than sending it through, let’s say, Paypal.