You are here: Home / Technology / Apple CEO Not Satisfied with Employee Diversity 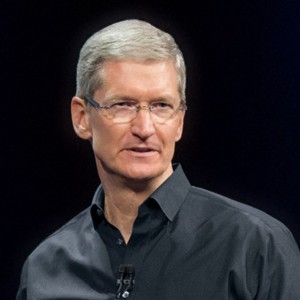 Apple has recently released its employee diversity report and the results are quite similar to the ones that other Silicon Valley companies have yielded. Tim Cook has expressed that he wasn’t very satisfied with the results and that the company wishes for those numbers to improve.

With almost 100,000 employees in 670 retail stores around the world, Apple is a leader on the market. In the United States, employees at Apple are 55% white, 15% Asian, 11% Hispanic, 7% Black, 2% mixed race and 9% chose not to disclose their race in the survey given. Apple did not disclose the employee diversity results for other countries except the U.S.

Tim Cook released a statement after the employee diversity report saying the he was not satisfied and that the company will focus on advancing diversity.

Apple is committed to transparency, which is why we are publishing statistics about the race and gender makeup of our company. Let me say up front: As CEO, I’m not satisfied with the numbers on this page. They’re not new to us, and we’ve been working hard for quite some time to improve them. We are making progress, and we’re committed to being as innovative in advancing diversity as we are in developing our products.

Google and Twitter are leaders that also hire mostly males. They are followed by Facebook with 69% men and Yahoo with 62%.

What are your thoughts on the Apple employee diversity report? Why do you think there is a lack of women at tech companies? What do you think needs to be done to change this? Share your comments with us in the comment section below, we would love to hear from you.