You are here: Home / Tech & Science / Hawaii :Oahu found to be made up of three, not two, volcanoes

The Hawaiian island of O’ahu has been actually made by three massive shield volcanoes and not two as previously thought, a new study by The University of Hawaii has found. 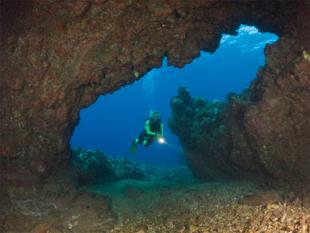 The combined endeavor of researchers from the University of Hawaii at Manoa (UHM), Laboratoire des Sciences du Climat et de L’Environment in France and the Monterey Bay Aquarium Research Institute in California conducted the study.

The island of Oahu was thought to be made up of the remnants of two volcanoes, Waianae and Koolau, but extending almost 62 miles WNW from Kaena Point is a large region called the submarine Kaena Ridge.

Wai’anae was thought of exceptionally large and it formed a huge distance from its next oldest neighbour, a volcano called Kaua’i.

Lead author John Sinton said: “Both of these assumptions can now be revised: Wai’anae is not as large as previously thought and Ka’ena Volcano formed in the region between Kaua’i and Wai’anae.”

Sinton explained: “We previously knew that they formed by partial melting of the crust beneath Wai’anae, but we didn’t understand why they have the isotopic composition that they do.

Kaena represents a chance to study a Hawaiian volcano that formed in isolation on the deep ocean floor.

The new data showed that Ka’ena Ridge had an unusual morphology, unlike that of submarine rift zone extensions of on-land volcanoes. Researchers then began collecting samples from Ka’ena and Wai’alu submarine Ridges.