You are here: Home / Technology / The WWDC17 Apple Conference Will Be Officially Live Streamed 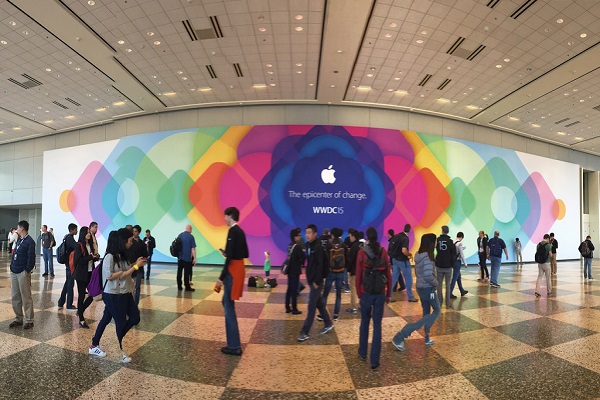 The WWDC17 will be live streamed by Apple and will be generally available to all those interested.

Apple announced that it would be officially live streaming its WWDC17 event or the Worldwide Developers Conference. Close to the conference, the Apple brand also added a new events page on it main Apple website.

According to the company statement, the WWDC17 will be available, thanks to live stream, on both the Apple website and through their Apple TV. The event will start on Monday, June 5th.

The company had already announced that it would be live streaming its event, but initially, this was somewhat more limited. It was to be presented through the WWDC app and the Apple Developer website. Now, this new event page shows that the keynote event will be generally available for anyone to watch, even without a developer account.

There Are Many Expectations from the WWDC17

This year’s conference will be coming with a fair share of expectations as there are quite many to express their excitement about the potential reveals. Among the vehiculated news is the presentation and introduction of new versions of the company’s various OSs. For example, some expect new macOS, iOS, and even watchOS. Also, rumors seem to point out the introduction of new software as well.

Another very expected feature of the WWDC17 is the possible presentation of new MacBook and MacBook Pro models. These could also be joined by the introduction of a new and refreshed MacBook Air. Rumors on the matter suggest new, more powerful processors and some other possible internal upgrades. No design changes have been vehiculated.

Apple may also bring to light, during the event, two very much rumored products. Namely, it may officially present a Siri speaker and/or a 10.5-inch iPad Pro. It remains to be seen if these new devices will actually be shown or if they are being produced.

The WWDC17 will be taking place starting on June 5, starting with 10 a.m. PDT. It will last up until June 9th and will be held at the McEnery Convention Center in San Jose, California.