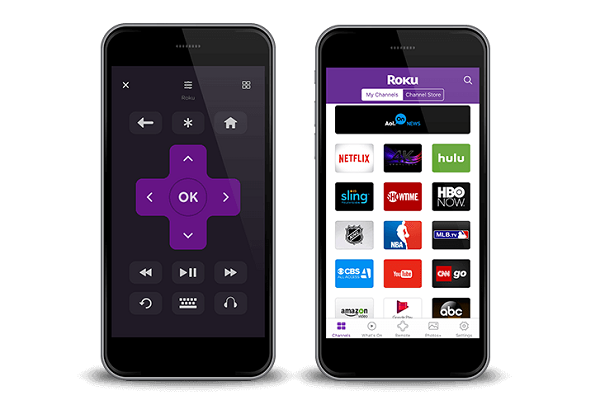 The Roku app gets revamp and adds new features.

Roku is becoming an ever-larger player in the smart TV market with new TV models announced at CES and the company has unveiled the new features coming with the newest update for the Roku app on Android and iOS.

The company’s announcement is an indication that the Roku app has received a more general revamp than just a new update as it debuts a new interface and new functionalities. If you were not aware, the company launched the app some years ago as a companion to their TV-streaming devices and smart TVs. However, the initial version did nothing to stand out among other similar services. Some of the most notable features included the “My feed” tab which is a section with personalized content, Channel Store and a simple to use interface.

Now, the Roku app comes with a feature which enables users to transform their smartphone into a personalized remote if can’t find your remote while also including a search function to easily find things to watch. The company decided to also make changes to the interface by moving the navigation to the bottom bar of the app. It has changed several of the vertically aligned buttons such as Channels, What’s On, Photos+, and Settings.

Users who decide to install the update for the Roku app and launch it will be presented with a list of the channels you have available. From there, they can easily tap any channel which leads to the remote feature to launch so they can easily navigate to the specific content they want to watch. Roku decided to keep their Channel Store, which is available in a separate tab while the What’s On section replaced the My Feed button.

My Feed was Roku’s attempt at personalizing the viewing experience of their users by alerting them about new episodes of their favorite show and more through notifications.  However, now it has turned its focus on offering more generalized suggestions from a curated list of content filtered by themes like superhero movies or kids shows.

The app remote feature resembles its physical counterpart more closely in terms of the layout of the buttons and it easier to use with just one hand.