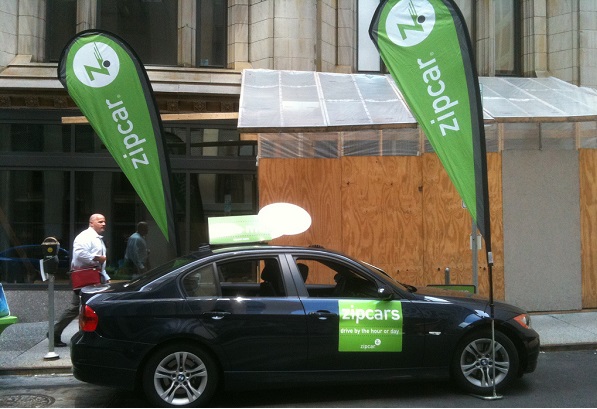 In a bid to facilitate the voting process for American citizens on Election day, Zipcar has announced a new upcoming promotion. The company will make its car rental service free of charge during the entire day of November 8th in select locations.

Zipcar, a company known for its network of car rentals throughout the US and in several other countries, has announced today that they will implement a free car rentals program during Election Day. The company will make available up to 7,000 vehicles across the country.

The free car rentals will be available to all its members in various cities and college campuses free of charge. However, the service will remain free only between 6 p.m. and 10 p.m. local time. The company encouraged its members to already make reservations for their election day ride through the website or app. The available vehicles are limited so the company also encourages customers to carpool with their friends and family, or whoever they want with, to the polls.

According to the announcement issued by Zipcar, the company is stating its commitment to providing satisfaction to their community of Zipsters. It wants to facilitate their involvement in civic affairs of their members by providing accessible transportation for anyone willing to vote. Andrew Daley, VP of marketing for Zipcar has said that this promotion is a way for the company to help its members, facilitate the democratic process, and promote its car rental service at the same time.

The vehicles available in the promotion include cars from Honda, Ford, Jeep, Kia, Mitsubishi, Nissan, Subaru, Mazda, Toyota, and Volkswagen. Members of the Zipcar program can select whatever model they want when they make the reservation.

A big part of the company’s business model involves catering to the preferences of Generation Z and millennial drivers. As such, the promotion will be available in more than 500 campuses of various colleges and universities across the country. The free car rentals service will extend past the closing time of polls so that voters won’t have to worry about paying for the car if the line is longer than expected.

As of yet, Zipcar has not implemented any method to verify if people will make use of the free car rentals for the purpose of driving to vote or not. It only asks members to be considerate before doing so.