You are here: Home / Technology / New Huawei Mate 9 Leaks with Specs and Design 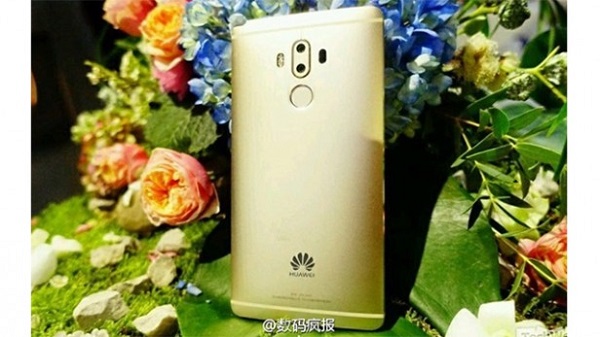 Although there are only a few days before the company plans to officially reveal the Huawei Mate 9 on November 3rd, until now there wasn’t much information out there regarding its design and overall specs. However, new leaks of the phone include real life images of the device in the wild coupled with at least partial specs.

Huawei has previously released minor teasers of their upcoming device, claiming that it will feature an amazing battery life with the ability to take great images. Other previous rumors and leaks have led credibility to the idea that the Huawei Mate 9 will come in two versions, the standard and Pro models, which has a curved display. This type of combo is meant to rival the Samsung Galaxy devices, which also come in two different versions since two years ago.

The new leaked real life images of the Huawei Mate 9 only show the standard version of the phone as it features a flat display. From what can be discerned from the three leaked photos, is that the phone will come with a gold color scheme and the company’s logo has been placed below the display which breaks away from previous models. An interesting decision is to place the fingerprint reader on the back of the phone, just below dual camera setup which includes both a 20-megapixel and a 12-megapixel sensor. Additionally, the leaked images also reveal the dual-LED flash and the laser autofocus sensor. The Huawei logo is once again placed at the bottom of the phone.

Another leaked image is from a pre-order listing of the Huawei Mate 9 from China Mobile. Thanks to this image we can confirm a view of the specs of the device which will include a 5.9-inch QHD (2560 x 144) display, 256GB of storage capacity and 6GB of RAM. The phone will be powered by a Kirin 960 64-bit octa-core processor and will feature Android 7.0 Nougat straight from the package with Huawei’s Emotion interface skin.

At this point, it is unclear how much different the premium Huawei Mate 9 Pro device will be in terms of specs and features besides the previously mentioned curved display. For more details, it seems we’ll have to wait until its official release date.

What do you think about Huawei’s new device? Are you looking forward to its release?