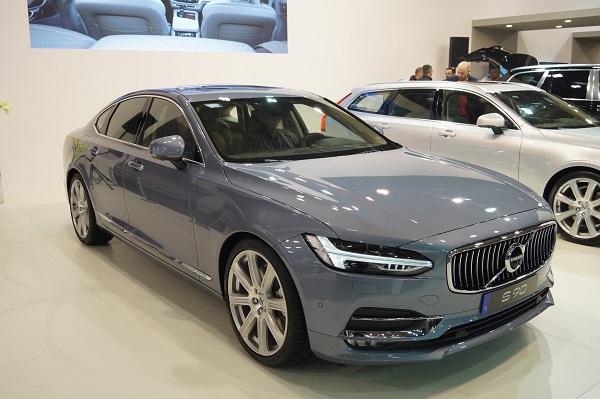 Refueling or recharging is one of those things that you have to get used to as a car owner. However, if you hate driving to the gas station, or you don’t have the time, then you could use Volvo’s new concierge app. With it, you can have someone pick up your car, refuel it and deliver it back or to a new location.

During the Los Angeles Auto Show, on Thursday, Volvo announced a new service in the form an app which connects Volvo owners with a number of companies that provide gas to your location. However, the app changes those companies’ service plan as they will be able to take your ride to the gas station or to the car wash. After which your car will be returned to the location of your choosing. All the billing will be sent digitally to your account.

The app is called Volvo Concierge Services and it will be available only for owners of S90 and XC90 models to use it. Currently, the app will only be tested as a pilot program in the Bay Area. However, if no problems arise then it’s likely we will see a wider release in the future.

According to Lex Kersemakers, the CEO of Volvo US, one of the company’s missions is to facilitate the life of their customers. The app is meant to do exactly that and eventually reach a point where Volvo owners won’t be required to waste time getting their car refueled, washed or serviced.

The technology already existed but was never used for this type of service before, at least not one that involves a smartphone app. Volvo managed to create a digital key which allows the person it was issued to access the car for a specific amount of time on a specific date. After the time expires that car cannot be accessed using the key. Although it sounds quite easy, a lot of technology and lawyers were involved in creating the concierge service.

The service anticipates the future behaviors of owners of autonomous cars, which can be ordered to perform its own routine maintenance activities while the user saves time. If you live in the Bay Area and own an XC90 or S90, you can find out how to enroll in the program for your local Volvo dealership.