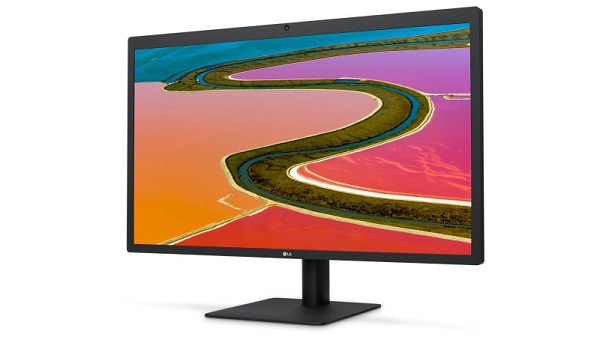 During Apple’s media event, a slew of announcements were made, some more memorable than others. One surprising announcement was Apple’s decision to partner with LG Electronics to launch a new high-resolution 5K Monitor.

LG’s new 5K monitor is specifically designed to work with the USB-C port which was revealed during the event, will be equipped on all of the newest MacBook Pro versions. What’s especially surprising about this partnership is that the new monitor will be remain branded as an LG device. Usually, Apple always imposed its branding on all new products presented during special media events. It seems like the company wants to market it as a third-party product for its new line of computers.

No matter the reasons for Apple’s decisions, the 5K Monitor is quite an impressive device but it shouldn’t be confused with the relatively similar display that LG revealed in September during IFA. The company’s initial press release pointed out that the LG 38UC99 can transmit data and different types of content as well as charge various one device at a time such as a laptop or a smartphone. This model is available for purchase on LG’s website for $1,500.

The 5K monitor that Apple showcased is different in a few regards. First of all, the official product name of the monitor is the LG UltraFine 5K display and only costs $1,300.  Second of all, in terms of specs, the display has an amazing 5120 x 2880 resolution with a P3 wide color gamut. The feature that makes the 5K monitor a perfect choice for Apple’s new MacBook Pro models is that it has one Thunderbolt 3 (USB-C) capable of charging Apple’s computers.

Additionally, it also comes with three downstream USB-C ports which have a speed of 5Gbps for more connectivity. According to Apple’s announcement, the 5K monitor has around 14.7 million pixels which represents a 77 percent increase over most 4K UHD displays currently available.

Over the last few years, LG has been a display provider for Apple. However, only know is Apple publicly acknowledging its partnership with LG by allowing the monitor to remain branded as an LG device. Apple’s announcement can be taken as a recommendation that anyone who’s looking to buy a 5K display for their new MacBook should purchase an LG monitor.