You are here: Home / Tech & Science / The Giant Panda Is No Longer A Threatened Species 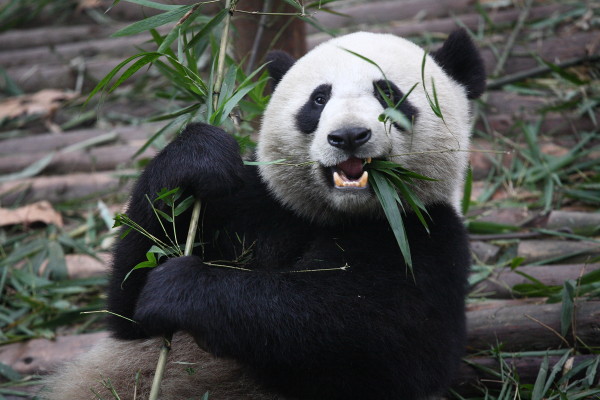 The giant panda’s status was modified from endangered to ‘vulnerable’

The International Union for Conservation of Nature (IUCN) recently modified the giant panda ‘ status from endangered to ‘vulnerable’ on its Red List of Threatened Species, as the population of the species has supposedly increased by 17 percent through the decade up to 2014.

It said the wild panda community raised to 1,864 in 2014 from 1,596 in 2004, the outcome of work by Chinese companies to strengthen poaching bans and increase forest reserves. However, China’s government allowed the move on Monday, mentioning that they did not view the situation of the country’s favorite symbol as any less severe.

The statement suggested, however, that despite better forest security has helped boost panda numbers, climate change is foretold to drop more than 35 percent of its essential bamboo habitat in the next 80 years, possibly leading to another decay.

China’s State Forestry Administration mentioned that it contradicted the classification revision because human and natural causes have shattered pandas’ original habitats. By living in small, remote groups of as few as ten pandas, they strive to reproduce and confront the risk of passing altogether.

The forestry administration stated that if we ignore or ease our conservation work or downgrade their protection rank, the communities and environments of giant pandas could still experience irreversible damage and our accomplishments would be quickly forgotten. They also consider that by continuing to maintain the panda species’ endangered status they are not alarmist.

The panda community reached a considered low of less than 1,000 in the 1980s. It was due to deforestation and poaching until Beijing took action to preserve the animal, which has been transferred to zoos throughout the world as an indication of Chinese diplomatic goodwill.

In 1980,  the World Wildlife Fund (WWF) and the Chinese government first built the Wolong National Nature Reserve in Sichuan province. As China crashed the skin trade and slowly expanded its preserved forest regions to now comprise 1.4 million hectares, wild panda numbers have slowly bounced. The WWF, whose logo has remained a panda since 1961, honored the panda’s re-classification. They believe that this proved that aggressive financing does pay off when science, engagement of local communities and political will join forces.

WWF Director General, Marco Lambertini mentioned that acknowledging that pandas are now a step further from extinction is an overwhelming moment for everyone engaged in conserving the world’s wildlife and their environments.