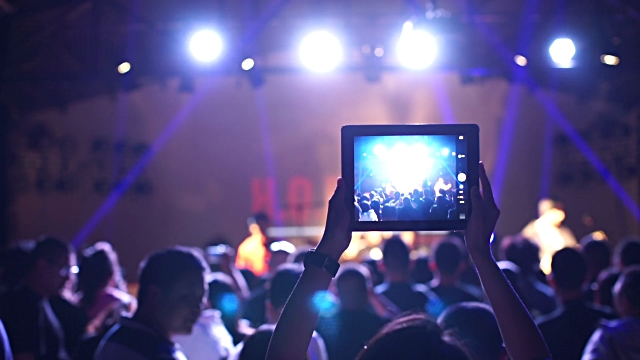 What if you couldn’t take photos or videos during concerts? Well, it appears that Apple has filed for a patent that would allow it to do just that.

Concertgoers who hold up their smartphones during live shows will be prevented from illegally capturing content, as well as art lovers going to museums. No more bootleggers from movies recorded in theaters, either. But could Apple’s patent also be used to suppress free speech?

The patent would temporarily disable the camera of certain devices with the help of an infrared system. And while this could be good news for content producers who want to protect their bread and butter, it also adds more layers to the debate over the limits of cyber-surveillance and internet speech.

Experts believe Apple should consider the fact that dictatorial governments and law enforcement could also use the patented system to prevent the documentation of misconduct or abuse. Similarly, criminals could turn the technology in their favor to disable video surveillance.

Vivek Krishnamurthy from Harvard Law School’s Cyberlaw Clinic is not as concerned about this particular patent. There should indeed be concerns any time an invention could be used to stifle communication, but it’s not the case here. This patent might never see the light of day, he added.

Apple’s history of supporting civil liberties should also put experts’ minds at ease as it was proved by its refusal of forcefully unlocking the iPhone of one of the San Bernardino shooters.

The patent describes a system that uses invisible infrared emitters to prevent electronic devices that can capture image from doing so, including smartphones, tablets, laptops, video recorders, or cameras.

A similar technology is already being used in remote controls that turn on televisions or DVD players. Apple already has a few potential applications for this patent, which could be incorporated into museums, for example, sending a signal to phones to stop them from recording visual content.

The technology can also be used to send data to the phone. For example, you could be pointing it at a piece of artwork and receive information about it.

Despite the concerns posed by organizations protecting free speech, the infrared system is welcomed by musicians who complain about fans recording their concerts – and not just with their phones, but with cameras on a tripod.
Image Source: Getty Images