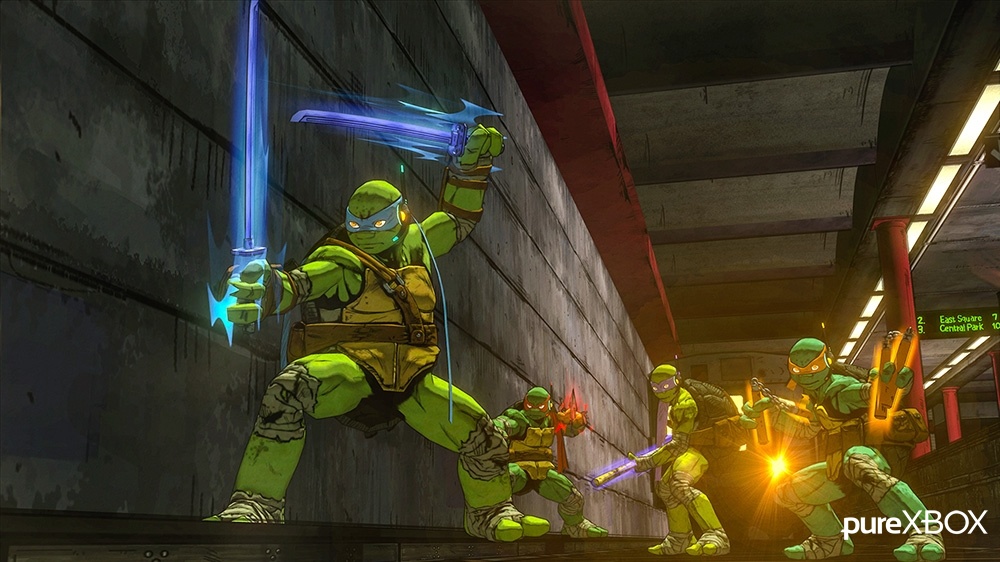 The TMNT screenshots were leaked online

The rumors are getting closer to a confirmation as Teenage Mutant Ninja Turtles screenshots leaked online to show a bit of the gameplay fans of the franchise are in for. The yet unannounced video game has become a point of interests for major fans of the popular series. Perhaps there is another game incoming, perhaps there is not.

However, the evidence starts speaking for itself. It seems that ‘Teenage Mutant Ninja Turtles: Mutants in Manhattan’ is happening, and will be developed in the careful hands of Platinum Games. If taking their former success with ‘Transformers: Devastation’ into account, we are in for a potentially good game. Hopefully, it will be one to satisfy the crowded fanbase of multiple generations.

The leaked screenshots presented with the cell-shaded style and the bit questionable nose design of the heroes that might make some fans roll their eyes. However, for anyone fearing an iteration inspired by Michael Bay’s take on TMNT, you can sigh in relief. Reportedly, the material will be inspired from the comic books, not the shows or any movies that have been published to date.

However, not much information has become available to date. There is a possibility that the game will have certain elements of open world, but future players should not expect a ‘Grand Theft Auto V’ level of exploration. Some factors might exist, but it’s the possibility of co-op that has been deemed as more exciting.

For any child of the 80s or 90s who ever played with their friends as the four half-shelled heroes, a co-op game would be the icing on the cake on top of the interesting style. It could fulfill the dreams of today’s adults to step into the metaphoric shoes of Michelangelo, Leonardo, Donatello, and Raphael. And, of course, face the infamous villains in dynamic combat.

The screenshots hint at the possibility, along with the appearance of other familiar characters. This includes Bebop, Rocksteady, and the Foot Ninja clan, which might clue in to the appearance of their archenemy, Shredder. So far, these remain estimations, as both Platinum Games and Activision are keeping a mum on the subject. And yet, the evidence speaks for itself.

Perhaps it’s a new marketing strategy on the part of Activision. The leaked content can draw the community in, heightening anticipation for something that is not yet official. It can only continue for so long. A trailer for ‘Teenage Mutant Ninja Turtles: Mutants in Manhattan’ will likely surface soon. Or, at the very least, it will “leak online” for a few days, be taken down, and then officially released.

It has been suggested that the upcoming and yet unconfirmed TMNT video game will launch later this year on Xbox 360 and Xbox One, with the possibility of other platforms joining in. 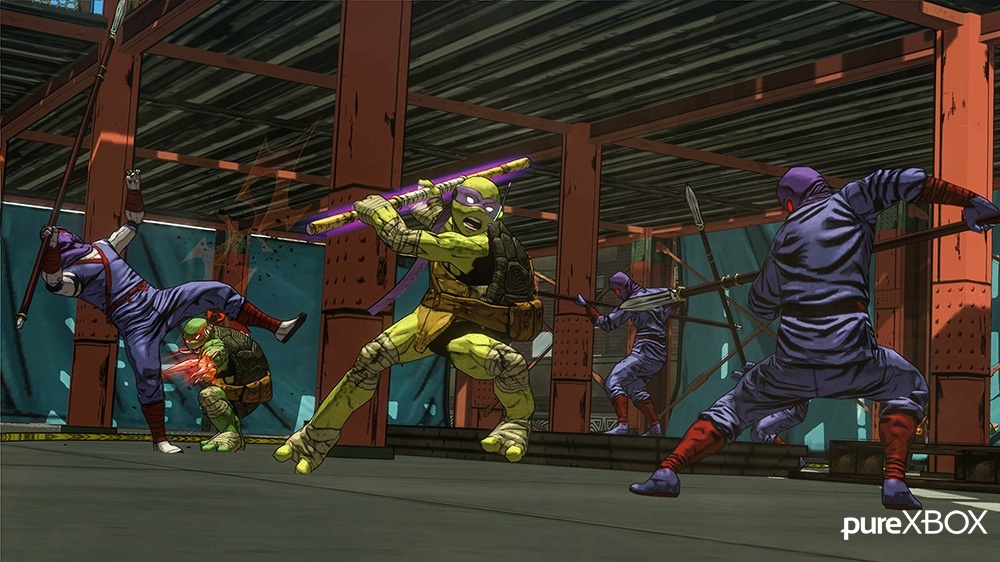 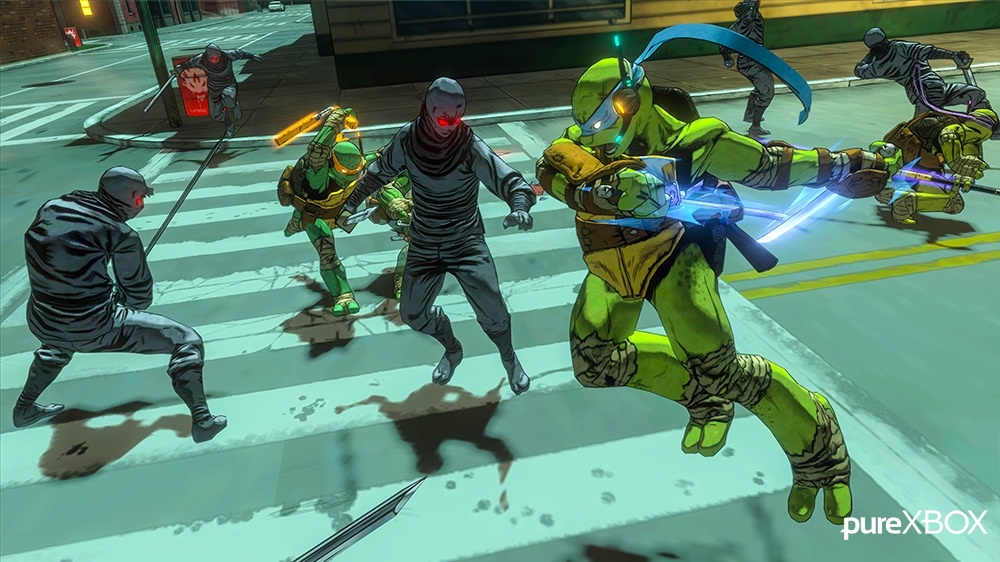 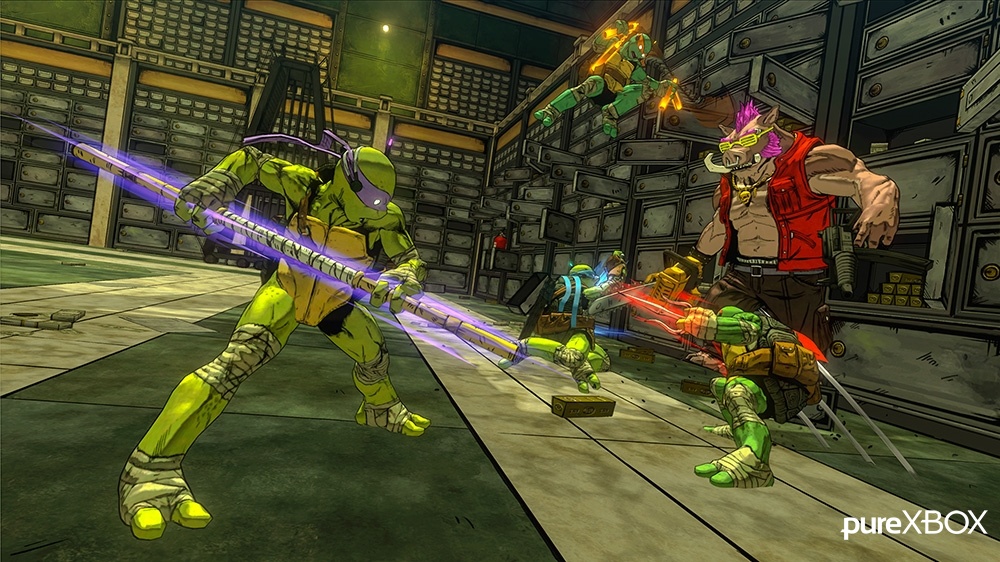 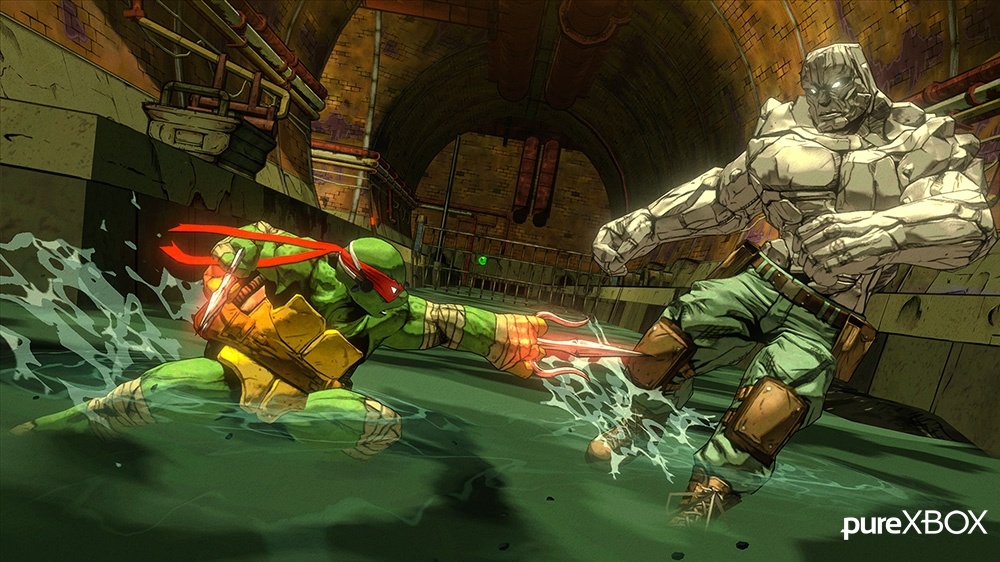