You are here: Home / Technology / Cortana vs. Siri: Two Voices Can Live Inside Your iPhone 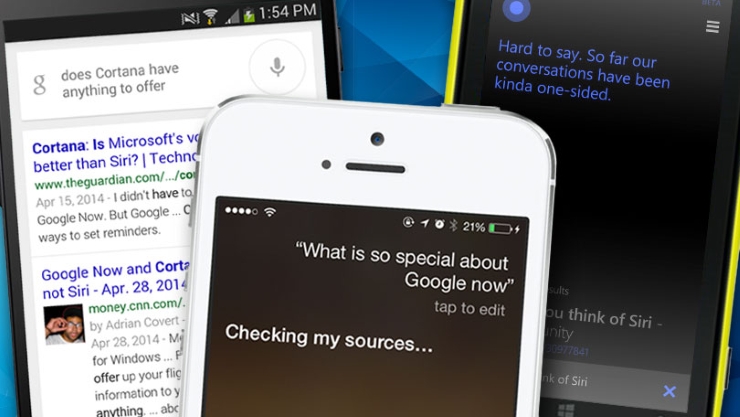 Move over Siri, we finally have some alternatives. For the first time since it was first launched in April 2014, Microsoft decided that it was useless to keep Cortana –its voice-activated assistant – just for its Windows devices.

It surprised users to see that Microsoft’s newfound flexibility is not just in theory, but also in practice, showing how willing it is to abandon convention. Not surprising, however, is that the Cortana app is rather compatible with Apple’s iPhone as well.

But anyone who tries to convince hardcore Apple fans that Cortana is a fit replacement for Siri is gravely mistaken. Instead, the new option for digital assistant makes it clear that two voices can live inside your iPhone.

While they are both experts in fetching web information – such as sports scores or weather forecasts – there are still some vital differences between Siri and Cortana.

However, Siri is the only voice assistant that can perform commands at the touch of the home button, seeing that it’s built as an ingrained part of the iPhone’s operating system. At the same time, only Siri can answer to on-phone functions such as dialing phone numbers, turning on Bluetooth, or sending text messages or emails.

On the other hand, Cortana has some abilities Siri currently does not, even though these need some grooming in-app before they show their benefits. For example, you need to tell Cortana where you live if you want the app to be able to tell you the weather when you open it.

Some more features are available – none of which are particularly groundbreaking, though – such as the option to be alerted about the status of your packages, given that you’ve fed the app with the shipping tracking numbers.

But even though there are things that Cortana does better – such as learning faster what you like or what you don’t – Apple’s digital sidekick has the ultimate advantage.

Calling for help on an iPhone is as simple as saying “Hey Siri,” while saying “Hey Cortana” doesn’t do squat on an Apple device. The reverse is equally true – Google Now’s “Okay Google” won’t get any reaction on an iPhone.

One might say that Microsoft’s move is rather brilliant, considering that its phones haven’t exactly flown off the shelves. The road to a fully interconnected world doesn’t have to mean competition, so why not make room for Cortana on your iPhone.
Image Source: PCMagazine