You are here: Home / Tech & Science / Mother Russia Is Planning On Sending Her People To The Moon 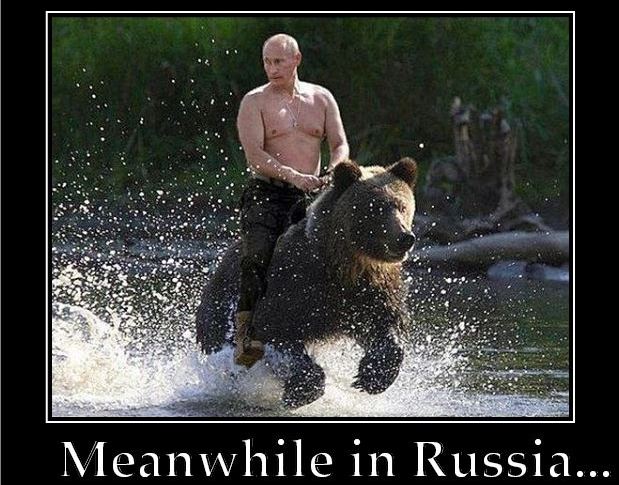 Putin goes on another quest, this time on the Moon

Between an entire mass of news coming from Russia these days, most of them disturbing, we also found out that Mother Russia is planning on sending her people to the moon.

Apparently Putin has big plans for the moon and fast, as his homeland has decided to land Russian missions, both temporary and permanent by 2030. It therefore seems like Russia wants to get back in the space game, after a long, long pause of 55 years.

The Russians first tried to get on the moon back in the ‘60s, during their battle for the skies with the Americans, in the landscape of the Cold War. Following USAs success with Apollo 11 in 1969, the Russians still had a go at it, albeit secret, using Soyuz capsules, but failed miserably. However, they never publicly admitted that they were trying to beat the Americans to it or even that they were trying to get on the moon itself, until all the documents from that period were published in the ’90, during Russia’s glasnost period.

However, it seems that now Putin is back on the bear. Pardon me, on the horse. International view is a little bit concerned about these plans, because in the past few days news have emerged that they sent some of their suicide weapons into space. This means that they violated the international rule that says nobody is allowed any guns in space, so everybody just take their toys and go home. But not Putin. He sent some of his military satellites into space, which caused worrying among specialists.

They say these satellites might be equipped with lasers or explosives and might be used as weapons or destroy other satellites. Apart from that, Russia is conducting military tests in space. Therefore, the fact that they came forth with the news they are planning to land a man on the moon in 15 years’ time just days after the other news appeared is worrying to say the least.

Another interesting thing is that, despite the sanctions currently in place, Europe seems to be backing Russia up on this. The European Space Agency has declared that it is their ambition to have Europeans on the moon. Therefore, the Europeans and the Russians are willing to collaborate on this and set up a permanent base on the moon. Their ideas are planned to happen in 2024, when Roscosmos, Russia’s NASA, will send a mission called Luna 25 to the moon’s South Pole.

According to sources, they have already begun to build Luna 25.