You are here: Home / Tech & Science / Big Cats Of The Ancient World Could Bring Down A Mammoth 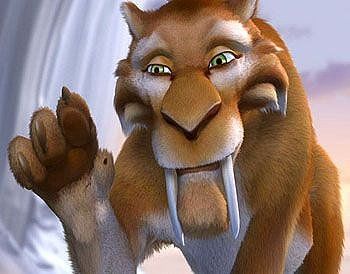 They are not called the world’s super predators for nothing, because big cats of the ancient world could bring down a mammoth.

The Pleistocene is an era in earth’s history, that happened almost 2 000 000 years ago. It spanned the world’s recent period of repeated glaciations. And it was during this era that the giant herbivores lived. Mastodons, mammoths and giant sloths roamed the earth freely and dominated the landscape and the ecosystem.

Or so scientists thought until recently. In true, they had always been asking themselves how did the ecosystem run with so many herbivores in charge, that could have easily destroyed the environment, but it seems the herbivores were not the bosses after all.

Proceedings of the National Academy of Sciences has published a study this week speaking about the extremely violent attacks by packs of carnivores on the Pleistocene herbivores. Therefore, rabid groups of big cats, such as sabertooth or lions, which were much, much bigger than the ones today, used to hunt down big mammals and keep them in check. For example, the lions that could be seen in the Pleistocene, were roughly 25 percent bigger than the lions today, they had longer legs adapted for endurance running, weighed somewhere along the lines of a small car and they hunted in vast prides.

It’s no wonder big cats such as them and the sabertooth were able to hunt down a mammoth all by themselves. Truth be said, they did hunt the young mammoths, but also mastodons and other such big animals, thus saving the ecosystem from damage. Even more than that, the study shows how the disappearance of large cats was due to the fact that their number one prey had disappeared. When some of these herbivores went extinct, so did the ancient cats.

The news that they could’ve hunted down the big plant eaters came as a surprise to scientists. Looking at mega-herbivores today, like giraffes, elephants or hippos, they always believed them to be out of danger of being eaten, simply because of their staggering size. But the data has shown that the situation was different in ancient times than it is now.

Not only were the cats much bigger than today, but they also hunted in much larger prides than today. This enabled them to bring down even a mastodon, albeit a young-adult one.

The impact carnivores had on the ecosystem was that, by keeping the herbivore population in check, they saved food resources for other smaller species as well.