You are here: Home / Tech & Science / An Orca Puts On A Show, As It Slings A Seal Into The Air 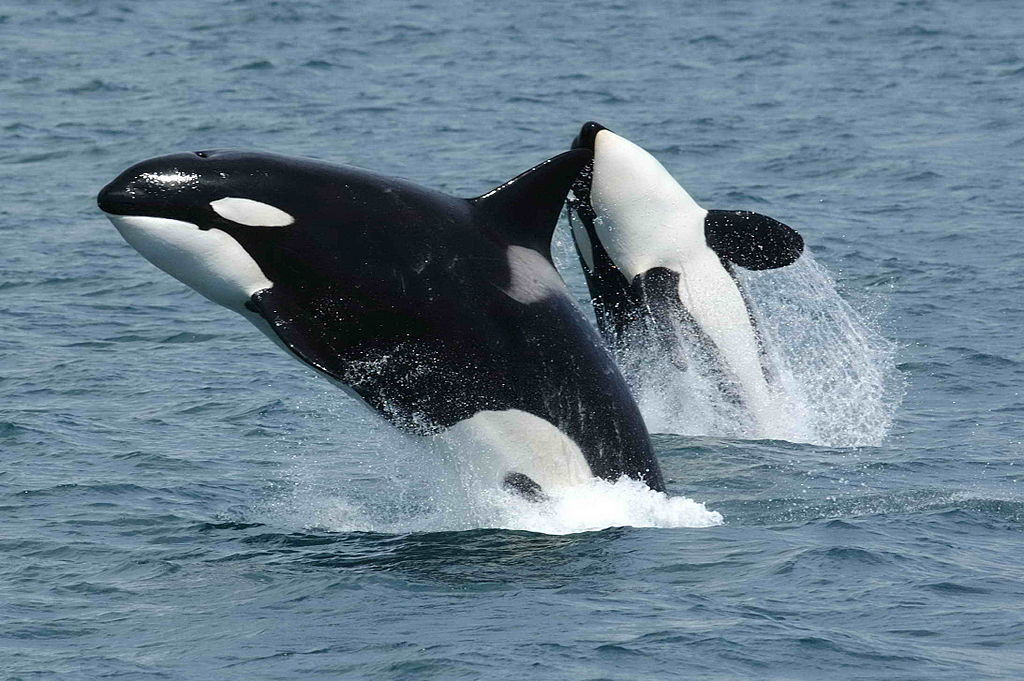 The orca is the oceans’ apex predator

It’s a bad time to be an animal lover, because an orca puts on a show, as it slings a seal into the air.

The orca in question is called T69C, it’s the only male whale in its group and it was born in 1995. He was captured on video by a photographer named Mike Walker, a few days ago just off the coast of Victoria, Canada. The footage is stunning, also because this has rarely been seen.

Orcas feed on seals but they rarely hit them like this. Also, curious fact, if they hit them they don’t eat them anymore. This kind of behavior has been seen four times in the past twenty years, so it’s quite rare.

Scientists are not completely sure what makes the orcas hit the seals and then not eat them anymore, but they all agree that it is spectacular behavior. Of course, no one has ever asked the seals what they think about this. I’m pretty sure they have a different opinion than “spectacular” or “that orca is so cool for doing this”.

The only other time when the orca will hit another animal is when it comes to Dall’s porpoises. These are a species of porpoise, another aquatic mammal, not very widespread, found usually near the polar regions, along the coastline and the represent one of the orca’s favorite prey.

The orca, after catching a porpoise, hits it hard with its tail, in order to eviscerate it. Their entrails come out and they are left behind, the orca only eating the meat and the blubber. Probably the porpoises tend to be in agreement with the seals when it comes to the orca’s show.

Nonetheless, it was entertaining for us to watch and definitely rare. Normally, great white sharks are considered to be at the top of the food chain as far as predators in the ocean go. But the orca is a lot more powerful. Apart from that, you can find orcas in all the oceans. They are also called killer whales and they have a signature black and white pattern on their bodies. Also, they are regarded by biologists to be what are called apex predators, meaning they do not have any natural predators themselves.

They are highly social creatures and usually live in groups established on their maternal lineage. Also, interesting enough, their very elaborated hunting techniques, including the fact that they eviscerate their prey before eating it, along with their amazing vocal abilities are considered by scientists to be cultural behavior.