You are here: Home / Technology / Unfriending Your Spouse Might Make Your Relationship Better 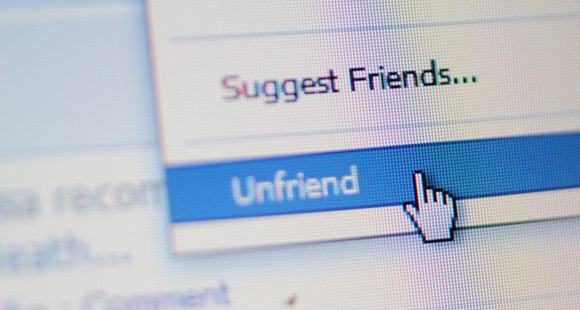 Relationships. While the Internet is supposed to make things easier, they have remained an uncharted territory in a complicated tech era. Gone are the days when a landline shared with the family is the only way to could contact a new love interest.

We’ve passed into an unhealthy extreme, some would argue, as we are now capable of checking our partner’s activities almost around the clock. More than anything, it’s easier than ever to find yourself in the middle of an argument with your S/O caused by a simple Facebook status or an Instagram snap. Sheesh.

Social media is definitely something enjoyable and rather fun to be a part of, no arguments there. But many couples have started wondering whether it is the proper place to exhibit their love and are considering keeping their social networks’ relationship-free.

And they might be right in doing so, as an expert has recently chimed in on the matter saying that – bear with us – unfriending your spouse from Facebook and all the other networks might be the secret to a happy relationship.

According to Ian Keller, a relationship councilor from New York City, there are several reasons why this action might offer your love life a well-deserved breath of fresh air.

He told PRI.org that the perspective on relationships has been mutilated by modern technology, so much so that face-to-face conversations are a strange thing among couples. With faces buried in their iPhones, partners only entertain side-by-side conversations. In some cases, the only time they look each other in the face is, sadly, during couple’s therapy.

Keller explained that he has experienced this first hand, with his own wife, and that he recommends it to all couples. Instead of following her on Twitter and knowing all about her day via her tweets, he preferred talking to her live.

Mystery and unpredictability in a relationship are hard to maintain when you have so much extra information provided by social media. Keller has quit Facebook since, but during his brief tenure, he had unfriended his wife – a thing that definitely improved their relationship, he claims.

It definitely makes sense. It’s almost like having real-life chats again, back to the times when your only option was to arrange a face-to-face date, instead of catching up on each other’s lives via the Internet.

But make sure you talk to your partner before suddenly pressing the unfriend button. No one wants to feel rejected like that – not even if it’s virtual and only for the sake of the relationship.
Image Source: Cooney