You are here: Home / Technology / LG Has Prepared WebOS 2.0 Upgrade for Older Versions of Smart TV 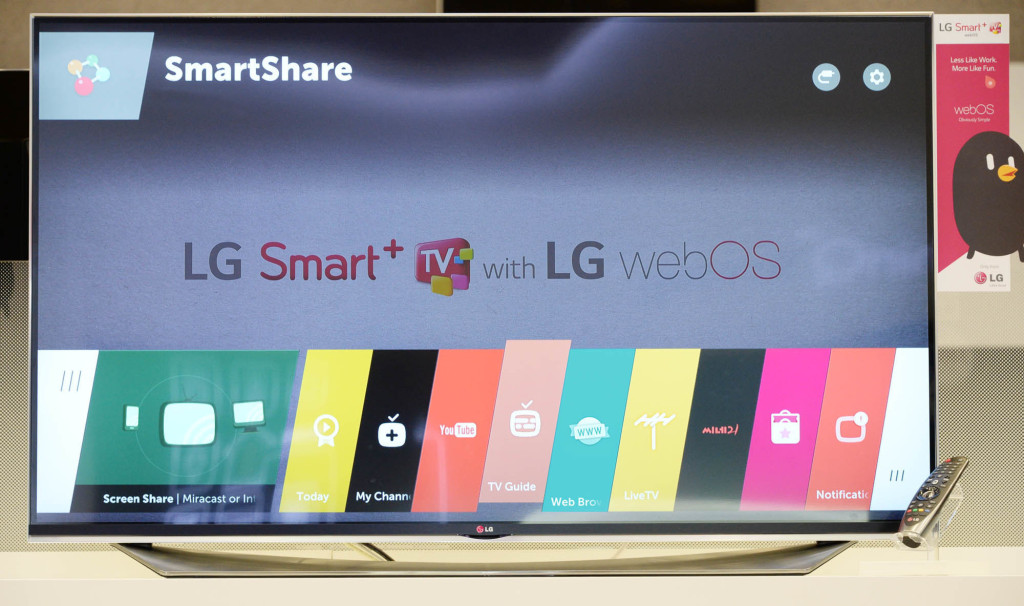 Korean company LG has prepared WebOS 2.0 upgrade for older versions of Smart TV, a new press release wrote. The upgrade will be available for download on September 21 and it will be designed particularly for TV devices from 2014.

The 2015 generation of LG’s Smart TV has been endowed with the WebOS 2.0 operating system, but no upgrades have been made available for the older generations for a while. As a result, the Korean-based company has decided to release a free update for its 2014 models.

LG is the first company to release a free software upgrade. Competing TV producers like Samsung and Vizio have only released apps and partial updates for their older customers. In addition, huge charges were perceived in exchange of the new TV upgrades, which is what makes LG’s recent announcement all the more appreciated.

Several improvements have been brought due to the Smart TV upgrade. Users will get quicker access to the Home menu and will thus, be able to better control their activities. The software features a much more modern and slick look in keeping with the trends of 2015, developers have added.

Smart TV users will be able to watch DirecTV programs on their 2014 devices. This is possible thanks to the new DirecTV Ready App that will come with the Korean company’s upgrade. No external box will be required to get access to the programs in this app, according to the company’s official description.

The upgrade will be automatically added on Smart TV devices for users who have turned the automatic updates setting on. A notification will be displayed for the rest of the users in case they prefer to keep the Automatic Updates Setting off.

LG guarantees that WebOS 2.0 will take older models and turn them into new devices. The software is 1.5 times faster, which guarantees a far better user experience, the Korean-based giant has concluded. Their goal is to meet consumers’ growing demand of streaming content and to deliver it at a faster and better quality.