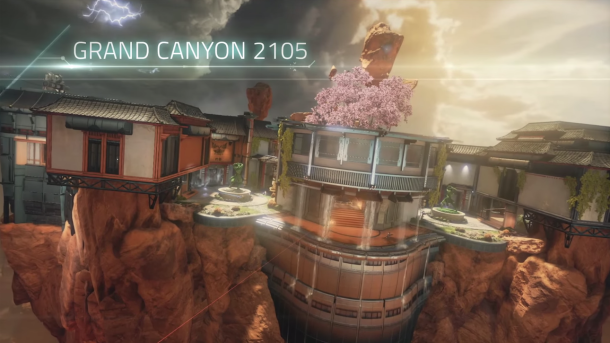 The Grand Canyon is just one of the maps in the roster.

From the designer that brought you the highly popular Gears of War franchise, Cliff Bleszinski’s LawBreakers gameplay trailer is here and it’s bursting with energy, grenades, rockets and… actual explosions.

After live streaming an entire session while referring to the game as Project Bluestreak, few details were given that left fans wondering. However, that small oversight was officially corrected for the new game, now dubbed LawBreakers, by releasing a trailer that delves further away from the story and deeper into the actual gameplay.

The newest project brought over by Boss Key Productions will be a classic 5 versus 5 multiplayer shooter video game, which will be essentially a show on how to destroy your opponents with the best weapons your choice of character has. And flying through the air while you’re at it.

LawBreaker’s dystopian setting sees to the world all but shattered, with two major organizations living through the remains. One is the Law, an authoritative group who is in charge with global peacekeeping and keeping the order among the destroyed pieces of humanity left on the planet.

The others are the Breakers, a crime organization who seemed hell bent on imposing their more criminal-like and villain-hinted views upon the world. Society stands as the fighting arena between them as the two battle it out for dominance, sending out their most skilled members to settle it with guns, grenades and gravity-defying weapons.

The new trailer partially displays how four particular characters will handle themselves on the field of battle. It sets the stage for a vertical, fast combat, that will likely require a lot of accurate aiming in what will be a feast for the eyes of colorful explosions and the quick moves of a dynamic gameplay.

The four flaunted characters start off with Kitsune, a very fast, maneuverable assassin that has good damage output and is deadly in close combat. Not to mention she has what is arguably one of the most exciting moves in the game, the grappling hook which will help her jump and slide across the map.

Breacher is the gunner who can handle himself in most situations, with a unique set of abilities to use his rifle that could be excellent for both experienced FPS players and old ones. Plus, he has a pretty neat ability to shoot behind him, which might lead to a number of embarrassingly fun frags (or kills).

Maverick is the flying skirmisher that rains death from above, while she moves quickly around the map. The group is topped off with Cronos, the titan, the damage maker that absorbs hits for his allies and sends it back to his enemies twice harder. His massive size makes him harder to maneuver, but deadly once he’s close.

LawBreakers is setting itself as what could be a pretty entertaining dystopian FPS game, that could be highly promising if it touches the heights of Gears of War. No release date has been officially given.