You are here: Home / Technology / Tremor Will Be Joining The Mortal Kombat X Line-Up 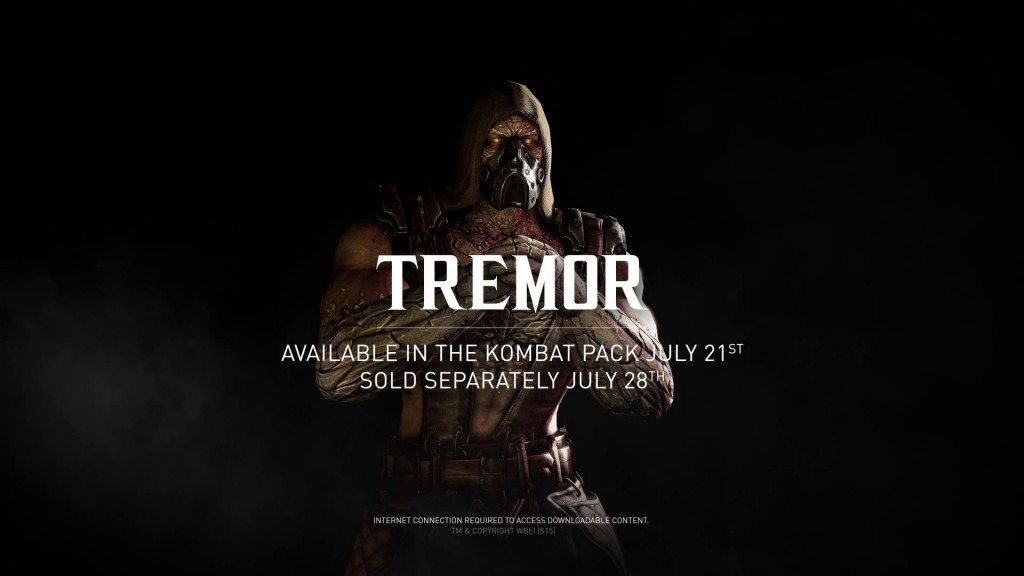 Tremor will be bringing in his abilities to manipulate earth to the game.

Even though fans of the franchise have just received the Predator DLC, Tremor will be joining the Mortal Kombat X line-up. If you have played Mortal Kombat: Special Forces, you would know why this is an interesting addition to the famous fighting game.

Game owners will be receiving a treat with the newest addition, meant to keep match-ups fresh and allow new exploring pattern for avid fans. Unlike any other character currently in the game, Tremor will feature earthbending abilities, moving closer to completing the elemental fighters. With classics like Scorpion handling fire, Subzero managing ice, Rain with water, there are only so many gaps that gameplay can still fill. Known as a disciple for the money-hungry, forever villain Kano, Tremor has displayed some of his abilities in a recently released trailer, but there’s more to come.

July 21st has been set as the date of release for those with Kombat Pass and, a week later, on July 28th for anyone who wishes to purchase it separately. Tremor, in all his rock-throwing glory will be available on last-generation consoles, Sony’s PlayStation 4 and Microsoft’s Xbox One, ready to add more excitement to an already successful game.

Mortal Kombat X has so far been the best sold game of the year, with Batman: Arkham Knight following on second place. The franchise has been around for decades, but had nearly met its end with the eight installment.

All hope seemed lost to fans, but the introduction of Story Mode in Mortal Kombat 9 has revitalized seemingly the entire franchise, not just one single game.  After being on the brink, NetherRealm has found success again, so far knocking out the competition in fighting games.

It seems they have found the appropriate mix of the classic with the new, expanding on their storylines and bringing in new styles of play. It’s a performance the majority of videogame studios are looking for these days.

With released DLCs and additional characters, the studio is keeping pace with the evolution of games, where a base, main game is often not enough to keep players constantly interested when there are so many options out there.

Tremor is teased to be the last character ever to be added to Mortal Kombat X, but that is unlikely to dampen the game’s success, although some fans are still questioning if other classics such as Rain or Noob Saibot will ever join the fighting as playable options.