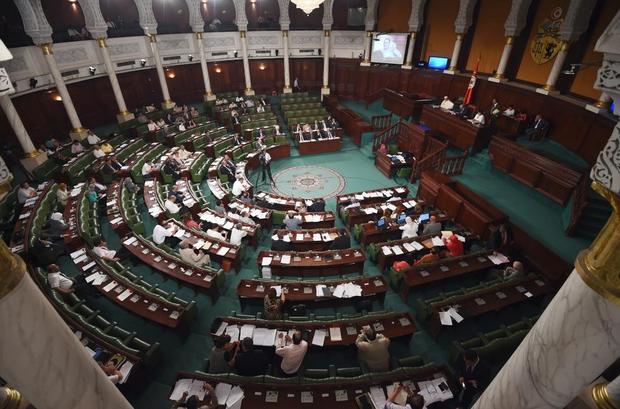 A new anti-terrorism law was adopted by the Tunisian parliament after deadly attacks took place on its territory, encouraging powers to deal with the threat posed by extremists. Rights groups, however, weren’t so eager to accept the law, considering it “draconian.”

After only three days of debate, the law got a sheer majority of the 174 votes of the parliament; no one was against it, and only ten abstained. According to Mohamed Ennaceur who presided the meeting, passing the new “law against terrorism and money laundering” is a memorable moment that will live out in history.

He is confident the law will offer new reassurances for the Tunisian citizens, who are now living in the shadow of a national tragedy: the massacre of 38 tourists killed by a masked gunman; ISIS claimed responsibility for the attack later on.

This was not the first attack; back in March, 21 other tourists visiting the Bardo museum in Tunis were killed in another terrorist attack claimed by IS. The new law replaces the 2003 legislation adopted then by Zine El Abidine Ben Ali, the dictator at the time.

According to rights groups, the law served as a means to crush dissent, because it banned, in particular, the Islamist party Ennahda; surprisingly, the party is now a major player in the Tunisian politics. However, in spite of the broad favor the law had from both secular and Islamist parties, NGO and rights organizations have been strongly criticizing it.

Amna Guellali, the Human Rights Watch representative in Tunis, is one of the fiercest opponents of the law, claiming that bringing back the capital punishment for a number of crimes will pose a threat to human liberties in Tunisia.

As stipulated in the law, the death penalty is applicable to anyone who “knowingly murders someone enjoying international protection”, referring to diplomats or international civil servants. One of the main concerns, however, remains the fact that the law’s definition of terrorist crimes was presented in too vague a terms, and that it doesn’t adequately safeguard the rights of the parties involved.
Image Source: Middle East Eye