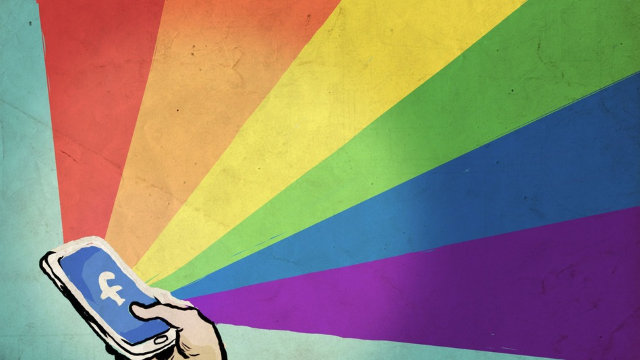 Even if you didn’t change your own Facebook profile picture to “Celebrate Pride” after the Friday ruling in favor of gay marriage, you surely saw the feature on your friends’ pictures.

But apparently, users who made use of Zuckerberg’s rainbow are now in a state of panic upon finding out that Facebook did not deny to have kept track of the raising numbers of users showing their support. Some would say that, at this point, Facebook’s tracking habits should not surprise anyone.

However, it’s a fact that most of us have a hard time dealing with. But how else would Facebook have known that over 26 million people have opted to use the “Celebrate Pride” app? – as this is the number many articles have reported in the last few days.

Tracking users is a common practice, and it’s not just Facebook that does it. In reply to accusations that releasing an app that allows users to publicly display their support for gay marriage was a test or a tool to gain more data on its usership, Zuckerberg said this was not the case.

But something in his denial sounds strikingly like a confirmation that Facebook has been consistently tracking people who use the feature; in spite of using “not” three times in their statement, the social network did not make any reference to the tracking that’s been going on.

Then again, it was obvious that a sub-product created under the big umbrella that Facebook is today will be tracked. You chose to use it; Facebook chose to know about that. Critics argue that, at this point, this already is the default, and it shouldn’t need explaining.

If you use Facebook on a regular basis, it is safe to assume that it knows more about you than what you explicitly posted – that is, your age, gender, friends, date of births, favorite books, movies and political or religious inclinations. In many cases, Facebook’s algorithms don’t need you to obviously state them. They just know.

Constantly improving, the algorithms that incessantly are at work keep track of you – whether you like it or not, or even without you being aware of it. They can cross-reference your movements, what you’ve liked, what statuses you read, even how much time you spend on links. You think it would be difficult for them to know you accessed an app they created? Me not.
Image Source: Rant Political