You are here: Home / Tech & Science / Engineers Have Proven that Robots Can Be Soft, Too 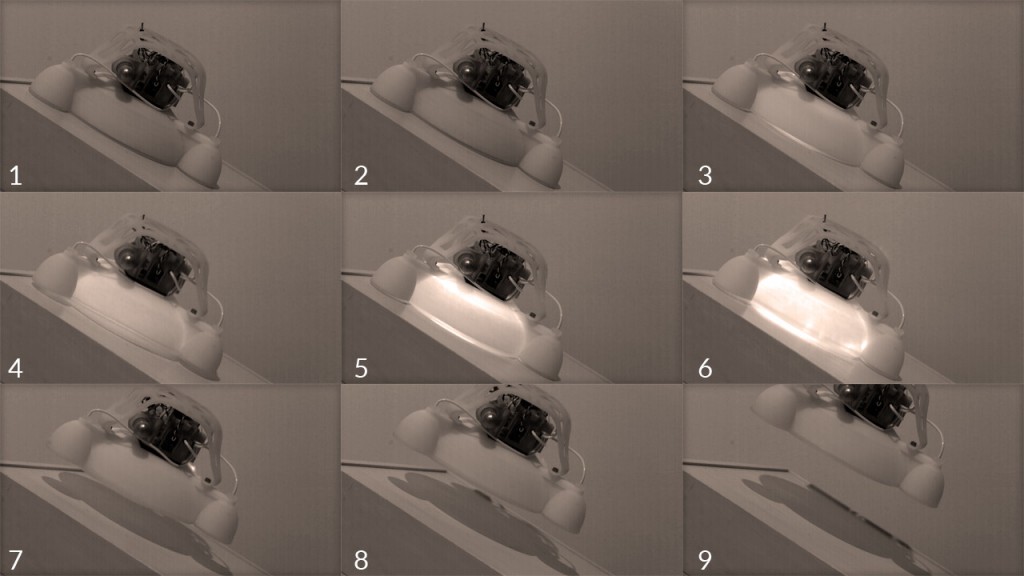 Rigid and soft robots represent the best combination for fast and durable activities, engineers have concluded.

During a recent experiment conducted at the University of California, in San Diego, engineers have proven that robots can be soft, too. They have created a prototype that is hard on the inside and soft on the outside; thus, getting as close as possible to a human-like appearance.

Engineers at the University of San Francisco have started their experiment from the assumption that soft components can make robots more adaptable and, thus, increase their performance. The combination of rigid and soft materials has made robots faster and yet, more resistant, according to the information that scientists have provided.

The soft robot that researchers have created was reproduced with the help of the tri-dimensional technology. The design of the machinery includes a smaller hemisphere on the top and a larger body at the bottom.

Different versions of the same robot were created in order to determine, which design is the best. They mainly had to choose between a fully rigid body and a mixed one. Tests have shown that the robot can jump higher when both the top and the bottom parts are rigid, but the system become severely damaged when programmed to jump like a human.

On the other hand, the mixed robot proved itself much more physically resistant due to the soft material that was used for its top elements. The flexible component, however, caused the robot to jump lower than its rigid alter-ego.

Based on the insights that scientists have provided at the end of the experiment, it appears that the prototype relies on a combination between butane and oxygen to carry out the human-like activities. More specifically the bottom part is filled with oxygen and butane, which enable the robot to turn into a basketball-shaped form and jump.

Once the robot lands back on the ground, the bottom component gets back to its initial shape becoming flexible again. Even though the robot appears frail due to its soft appearance, scientists have explained that the rigid core protects the battery, the power source and the circuit board of the machinery.

There are many uses that engineers could draw from the introduction of these soft robots. Besides their increased resistance, soft machines are more appropriate for human activity because their movements are more accurate.

The findings of the study, as well as the detailed description of the experiment were published in the journal Science.