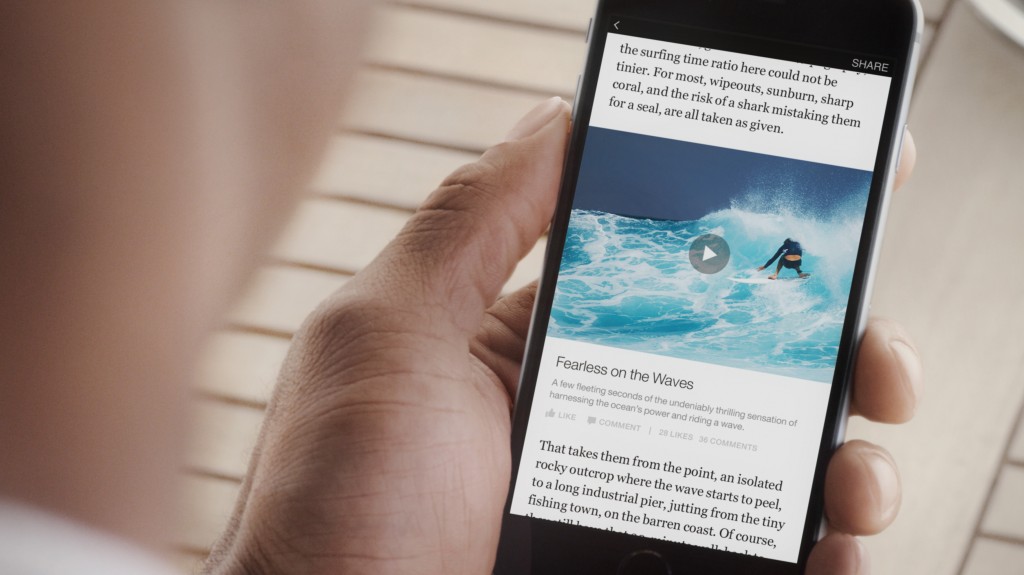 In yet another attempt of keeping users tied tightly to their platform, Facebook launched on May 12 a new and controversial publishing tool that would encourage news companies to post their articles directly to Facebook, instead of linking them to outside websites.

The new format called “Instant Articles” was designed in order to improve the loading time of articles in mobile version. Facebook claims that clicking on an “instant article” and reading it directly on the social network platform is ten times faster in terms of loading than if users click on a link that directs them to a publisher’s website.

However, the media went bersek around the time when the tool was due to launch. Most articles debated whether or not Facebook’s initiative is an improvement or a set-back in the world of online news.

Optimists chose to see the half full side of the glass, as Facebook declared it would not keep any amount of the revenue generated by the instant articles, which will go to the original publishers. It would take only 30 percent for the ads it sells against them, so many thought of the new format as an opportunity to increase readership and revenue.

There were plenty of critics, however, who feared the worst, strongly believing that Facebook might change the too-good-to-be-true revenue model in a way that would affect the publisher’s share of profit.

At the same time, some major publishing organizations complained about the fact that they won’t be able to access data on their users anymore, which is an important tool in marketing schemes, such as traffic numbers and views on articles.

The New York Times, BuzzFeed and National Geographic were among the first nine publishers to partnere with Facebook from the beginning. But, in spite of the great industry fuss and initial mass panic, the launch came and went in a way less dramatic way.

Five of the original publishing partners have each shared only one article through Instant Articles, with four more that haven’t made use of the tool despite their agreement to do so.

It is true that Facebook was reluctant to reveal any roll-out plans for Instant Articles, but said they would use feedback after the first articles were published and adapt guidelines and implement improvements from there on.

Inking a partnership with Facebook was done in an “experiment” fashion, meaning that publishers were not pressured to run any number of articles, nor were they forced to continue the partnership if they were not pleased with the results.

Facebook plans to sign with even more media outlets in the months to come. But everything about this project seems to be characterized by “slow” and “gradual.”
Image Source: Facebook Media