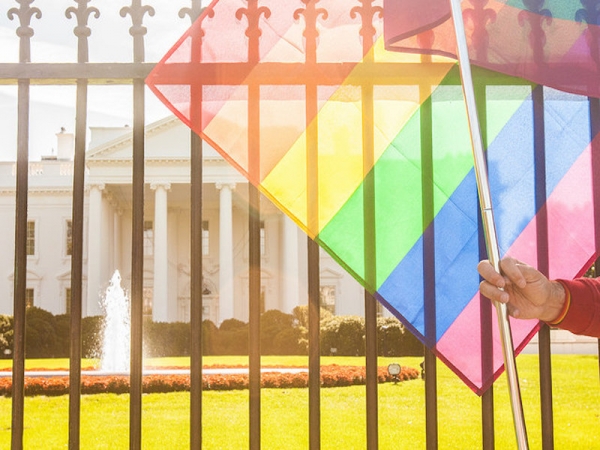 Same -sex marriages are now a constitutional right of the U.S. gay community acknowledged by the 14th Amendment.

Facebook was the first technology company to celebrate the ruling. Mark Zuckerberg wrote on his profile that he is happy his gay friends can now rejoice the same rights as the rest of the U.S. population. He described the constitutional right as one of the biggest steps that the gay community has made and as a proof that things are heading towards the right direction.

The developers of the social network have also prepared a “Celebrate Pride” tool to mark the special event. The CEO of the company was the first to test it by turning his profile picture into a rainbow-filtered image.

Facebook was not the only company that rushed to congratulate the American gay community. Many other companies took to Twitter and used the #LoveWins hashtag to express their feelings in relation to the Court’s ruling.

Apple, which has many times before showed its support for the PRIDE movement, also posted an online message on their official Twitter account saying that the first PRIDE flag was flown in 1978 and people can now understand why.

Yahoo! simply stated that love has won and that Friday will remain a day of great importance in the history of the United States. Twitter was not late in posting the rainbow flag of the gay community on their official web page. The social media channel stated, too, that an important step has been made to ensure equal rights for the members of the gay community.