You are here: Home / Technology / Google Will Produce Multi-Purpose Smart Toys for Children 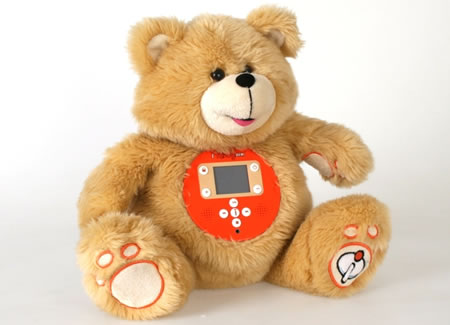 In spite of the numerous on-going projects that the search giant is currently supervising, Google will produce multi-purpose smart toys for children, the company announced during a press release on Monday. The idea came to developers’ minds after conceiving new methods to modernize existing interactive toys.

The concept of interactive toys is not at all new to children and parents alike. There are now many toys that can cry, laugh, ask questions and respond to kids’ curiosities. Some Disney-inspired stuffed animals have been purposely created to educate small children and they can therefore, provide them with limited notions regarding foreign languages, animals, plants and other such domains.

Google, on the other hand, claims it can bring a new modern look and feel to the otherwise common toys, but there are voices claiming the project could turn into a fiasco. The idea of interactive games was described as creepy by most consumers as they probably recall the famous ‘Chucky’ series involving a human-like killer doll.

The search giant has chosen to ignore all the ‘Chucky’ recollections that the project might bring to consumers’ minds and has chosen instead to turn dull dolls into smart kids’ companions. The multipurpose smart devices will feature many additional options in relation to their basic purpose: that of keeping children entertained.

Project managers have disclosed that the new patent will endow toys with cameras, speakers and sensors which will render them as close to humans as possible. Thanks to these options, users will be capable of turning lights on and off, changing TV channels and setting up home thermometers. Moreover, the stuffed dolls will feature Wi-Fi connection, so customers can have a total control over their home devices. Far from just a toy, we may safely assume.

The greatest thing about the new toys, to put it in Google’s words, and the creepiest, in some users’ opinion is that the smart multipurpose toys will have human-like facial expressions. They will respond to kids’ voice stimuli by lifting an eye brow, winking, bending their heads, nodding and so on and so forth. The dolls will even be capable of scratching themselves with their own arms, Google’s patent inventor, Richard Wayne DeVaul has stated.

Children are not the only ones who could find the new toys entertaining. Parents, too might find them useful as they can keep an eye on their kids thanks to the built-in recording cameras and speakers. They can, thus, record images and sounds while children are playing with them.

The search giant did not reveal other features of the multipurpose toys. They have only stated that patent inventions may or may not turn into real projects, depending on how popular the idea is among users. Whether or not Google decides to make its patent come true, the software developer reassures parents that toys will continue to be just as cute as they used to be, in spite of the many modern features.

Smart toys might enable us in the future to have phone conversations with our children. Although there are still many steps to be accomplished until toys get ‘phonized’, some parents think it would be nice to give their children stuffed-animal-phones instead of common smartphones. Not to mention the increased safety that these all-in-one devices guarantee.
Image Source: Geek Alerts