You are here: Home / Technology / PlayStation 4 Was Outsold by Xbox One This Holiday Season 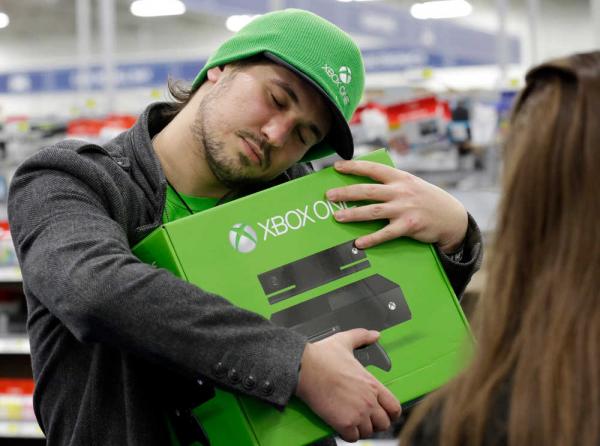 PlayStation 4’s dominance on the game console market is starting to tremble as Sony’s two biggest competitors, Microsoft and Nintendo, are aggressively promoting their consoles with timely marketing strategies.

Last year, both Microsoft’s Xbox One and Nintendo Wii U consoles saw rapid market share loss after failing to properly synchronize with the console market tendencies. Microsoft’s biggest mistake was to release its new console at the same time as Sony was releasing its more popular PlayStation 4 in the fall of 2013. As a result, Xbox One system greatly lagged behind PS4 sales over the course of 2014.

However, for this holiday season, Microsoft planned a comeback which was successful and PlayStation 4 was outsold by Xbox One in the US. From November 2 to January 3, Xbox One was discounted to $349.50 as a (pre)Christmas deal. The move placed Microsoft on top of console sales in the U.S., as its console was $50 cheaper than Sony’s PlayStation 4.

It seemed like Microsoft this holiday season had a better message for core gamers than Sony. The price drop is huge — you can’t discount that,”

Xbox One is most popular in the US and the UK, while Sony is hugely popular in Japan, where PS and Nintendo are long-lasting favorites.

Microsoft’s holiday discount was a strategy designed to make up for the loss in sales after another huge marketing mistake made on Xbox One’s release date. Back then, Microsoft included in the console package the Kinect motion-sensing device that increased the console’s price to $499, while PS 4 was selling for $399.

In June, Microsoft removed Kinect and lowered Xbox One’s price to $399. However, it was too late since PlayStation 4 had already the lead in sales since many Xbox One fans chose to buy PlayStation instead for being cheaper.

Microsoft’s discount had positive results as Xbox One outsold the PlayStation 4 in the US, according to data gathered by the NPD Group.

Both Sony and Microsoft refused to comment on their holiday season sales. Yet, in November Microsoft reported it was about to ship the 10 millionth Xbox One, while his rival said in October that it had shipped 13.5 million PS 4 consoles. Both companies were pointing at products sold to retailers not to the public.

Nintendo has also reported that it has sold 7.29 million Wii U until September 30. However, despite console sales are not that great, Nintendo plans to outrun PS4 and Xbox One by promoting and bundling its most popular console games such as Zelda, Pokémon and Mario. Super Smash Bros. and Mario Kart 8, popular titles for Wii U, are still big sellers.