You are here: Home / Technology / Microsoft Announced The Release Of Its Nokia 215 Feature Phone 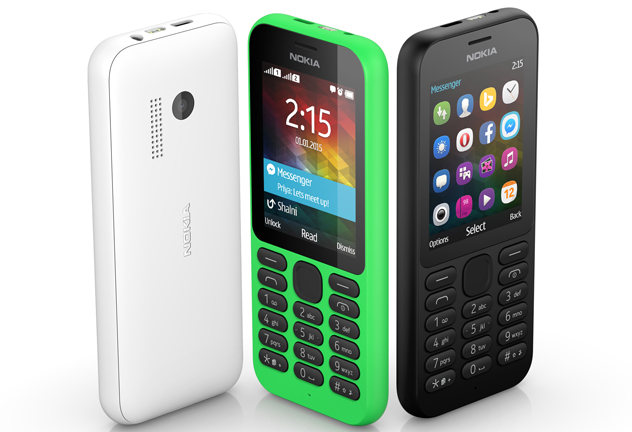 On Monday Jan 5 Microsoft announced the release of its Nokia 215 feature phone. Known as the most affordable internet-ready phone, it offers much more than other devices included in the $20-30 price range.

The $29 phone presents an integrated 0.3 Mp camera, a 2.4 inch display, Internet access with preinstalled Facebook and Twitter. Software-wise, the device uses the Series 30+ operating system and also includes the Opera Mini browser and Bing Search. Internet traffic is redirected to the browser with the help of its own servers, thus reducing the amount of data received by the phone. The maximum download speed is 236.8kbps using Edge.

This is a very durable device, its battery surviving up to 29 days without needing to charge, a very useful feature for users living in areas where electricity is scarce.

These features are everything a device such as Nokia 215 needs. Microsoft considers the feature phone to be useful to people needing a second phone or if one lives in areas with insufficient sources of electricity.

“With our ultra-affordable mobile phones and digital services, we see an inspiring opportunity to connect the next billion people to the Internet for the first time.”

Neil Mawston, executive director at Strategy Analytics explained during a recent interview why feature phones are here to stay. In a smartphone supersaturated market, companies are now exploring other options, searching for niches. Out of the total 459.5 million mobile phones shipped during Q3, about 140 million units were feature phones.  This means that there are many parts of the world where these types of phones still have a meaningful purpose.

Bearing in mind that Nokia is one of the most popular brands in those parts of the world, Microsoft decided to keep this brand in the category of cost-friendly devices, removing the Nokia name from its smartphones.

As there is no request for expensive devices at the bottom end of the market, the company designed a phone that requires minimal cost when it comes to the production of its components and patent licensing.

The Nokia 215 featuring one or two SIM slots will be released in certain countries in the Middle East, Africa, Asia, and Europe in Q1 of this year.

Microsoft has currently decided not to promote its new Nokia device in the United States as the market is overflowing with various smartphones such as the Samsung Galaxy or the iPhone.
Image Source: Microsoft