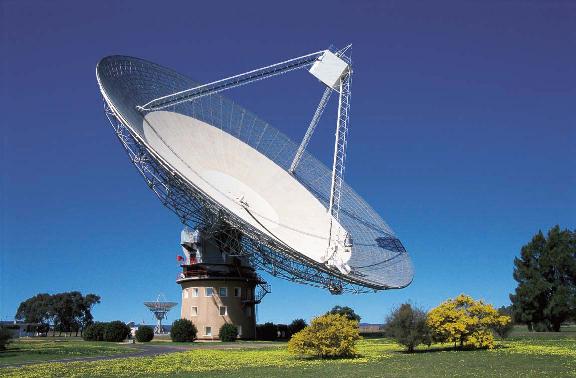 A team of Australian researchers were able to observe for the first time ever a cosmic radio burst, or fast radio burst, as astronomers dub it, while it happened. Previous radio bursts were discovered by scientists just after they had already occurred.

Fast radio bursts are intense flashes of radio waves coming from remote places in the Universe lasting only a few milliseconds. There are only 7 bursts recorded by radio telescopes around the world. The first one was spotted in 2007 with its source located somewhere in the direction of the Small Magellanic Cloud.

Neither of the seven fast radio burst was caught while happening. All were subsequently discovered by astronomers while combing through the large quantity of data gathered by radio telescopes. However, the source of these bursts remains, up to this day, utterly unknown. And none of them was observed in real time until May 14, 2014 when the Australians made their discovery.

E. F. Keane and E. Petroff, the two authors of the findings, learned that the source of the fast radio burst they were able to track in real time was located somewhere beyond our galaxy about 5.5 billion light-years away from Earth. So, the source must have been really strong.
Scientists weren’t able to say what type of source was, but they could tell what it wasn’t.

Researchers said that the burst was so powerful that it could have hurled out as much energy as our sun did in an entire day. However, because they didn’t see any light in that burst, Australian astronomers ruled out a long gamma-ray burst from supernovae and exploding stars as a possible source.

Daniele Malesani, space researcher at the University of Copenhagen who wasn’t involved in the study, underlined the importance of the new discovery. He said that astronomers now know that fast radio bursts originate from collisions between very compact space objects such as black holes or neutron stars.

Now we know more about what we should be looking for,

The two Australian astronomers published their findings in the Monthly Notices of the Royal Astronomical Society on January 13.