You are here: Home / Archives for magnetars 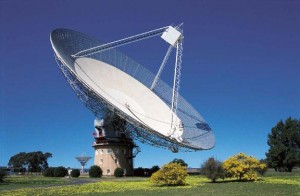 A team of Australian researchers were able to observe for the first time ever a cosmic radio burst, or fast radio burst, as astronomers dub it, while it happened. Previous radio bursts were discovered by scientists just after they had already occurred. Fast radio bursts are intense flashes of radio waves coming from remote places in the Universe lasting only a few milliseconds. There are only 7 … END_OF_DOCUMENT_TOKEN_TO_BE_REPLACED