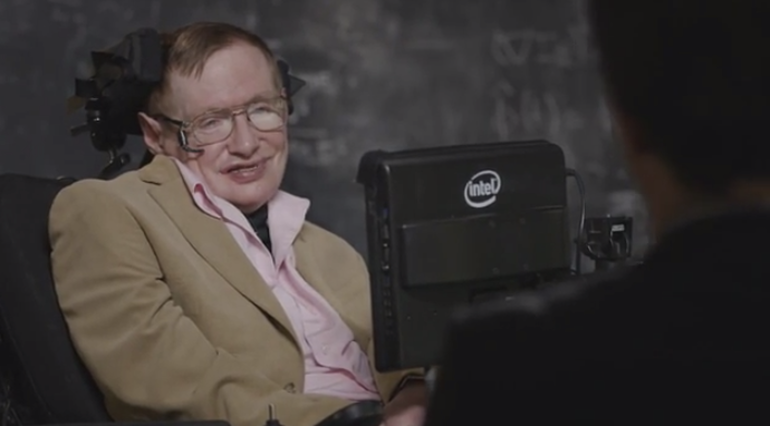 Artificial intelligence is what scientists consider a slope humanity could use to propel our technological advance even further, and at a faster pace than ever before. By gradually replacing human labor with machines, automatizing a lot of the trivial tasks through computerized assistance and developing more complex algorithms mechanisms to facilitate research, humanity can move forward at an accelerated pace.

Artificial intelligence – other known as AI – has applications in plenty devices that we use every day, whether it’s our smartphones or the platform we use to get things done at our workplace and makes our lives easier without us noticing it. This is a concept known as the AI effect, describing how whenever a technique or new technology becomes highly used and conventional, it falls out of the artificial intelligence bracket.

One of the most recent examples of artificial intelligence applied is a device developed by Intel Corp and SwiftKey to replace the speech-generating platform that Stephen Hawking, one of the most brilliant and renowned physicists of our time. The 20-year old device he had been using as an aid to communicate effectively in spite of the motor neuron disease that has affected him for 50 years has received an uplift with the new upgrade. The new speech-generating device allows him to write much faster than before, has doubled his speech rates and considerably sped up common tasks. An Intel Lab engineer that has been working on the project for 3 years stated that it uses improved predictive text algorithms that makes accessing its possibilities much faster than previous versions.

The software used for Hawking’s platform is also planned to be released for public use in 2015, in hopes of helping other people with similar diseases, disabilities or quadriplegia.

Nevertheless, in a discussion on artificial intelligence with the physicist, he gave this as an example of beneficial, primitive applications of AI. He believes that as technology progresses and AI becomes more capable, it could end up in detriment of the human race. Despite being created by humans, an intelligent computer would easily exceed the capabilities of our race, who is limited by a slow pace of biological evolution. A computer would “take off on its own, and re-design itself at an ever increasing rate”, Hawking says. So, according to him, the science fiction stories about the uproar of the machines might not turn out to be science fiction at all in the end.