You are here: Home / Tech & Science / NOAA Report Shows the Arctic Is Melting at Record Speed 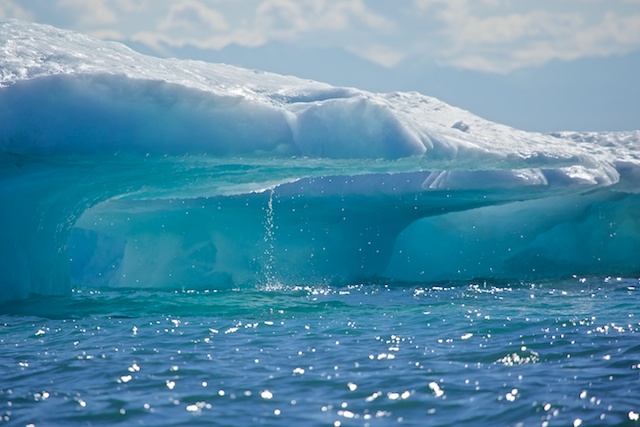 On Wednesday, the National Oceanic and Atmospheric Administration (NOAA) released a new report showing that the Arctic is melting two times faster than any other region on the planet. NOAA researchers say that the alarming melting rate of Arctic ice is caused by the darkish parts of the Arctic sea that now absorb even more solar energy, warm the area up and accelerate the overall melting process.

Jacqueline A. Richter-Menge, chief researcher at the US Army’s Cold Regions Research and Engineering Lab, said that the warming trend had started to accelerate in the ’80s, while climatologists recorded significant regional changes every year. Mrs. Richter-Menge also explained that the speed at which the Arctic ice is melting is twice as fast as at lower regions because the air temperature levels continue to rise in the Arctic. This process is called ‘arctic amplification’.

Arctic amplification of the global warming occurs when the ice in the Arctic starts to melt and expose previous covered dark-colored sea water. This sea-water absorbs more solar radiation than anywhere on the planet and makes things worse. Scientists compare the mechanism with dark-colored asphalt on a bright, summer day that gets really hot and makes everything around it hotter.

The arctic amplification process was first detected by NASA’s satellites. Now, these satellites revealed another strange phenomenon – in the watery areas where ice had melted phytoplankton bloomed.

The report also reveals that Arctic snow cover early this year was smaller than expected for the period between 1981 and 2010. Also, during summer days this snow cover currently melts faster than the rate at which the Arctic sea. NOAA researchers found that the new record for the smallest Arctic snow cover was recorded by the satellites this April in Eurasia.

“Snow disappeared three to four weeks earlier than normal in western Russia, Scandinavia, the Canadian subarctic and western Alaska due to below average accumulation and above normal spring temperatures,”

Also, during this summer 40 percent of the Greenland’s ice sheet melted, at a rate higher than expected. Additionally, NASA satellites recorded the lowest level of ice reflectivity in the region since 2000 when satellite observations began. However, Greenland’s ice loss rate remained unchanged between 2013 and 2014.

The NOAA report also shows that in the last 30 years the vegetation of the tundra in the Arctic is 20 percent denser, while shrubs and trees now grow in more northern regions. But because summer temperature levels in Euroasia have decreased, the vegetation cannot grow properly in this region and is quickly browning.

Scientists said that the goal of their report was to raise awareness among US citizens about the Arctic and understand that the US is also an ‘arctic nation’.