You are here: Home / Technology / The Beautiful New Mazda Miata MX-5 2016 Was Unveiled on Thursday 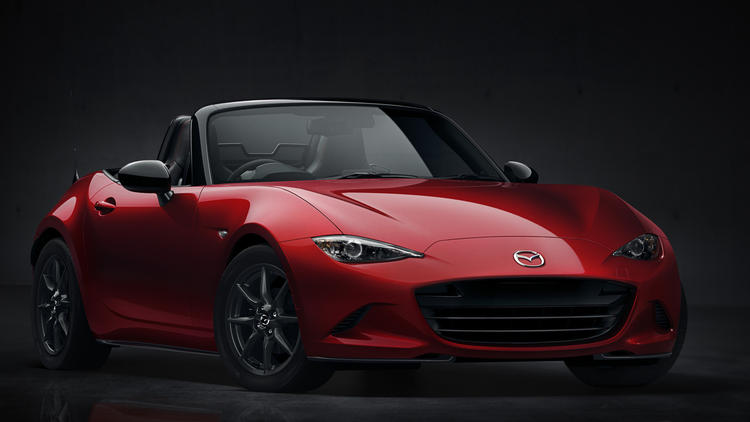 Mazda Miata was one of the best-selling roadster in history. The producer decided to resurrect the model and present a new version of the Mazda MX-5 Miata. The roadster definitely had a fierce competition, but what set Miata apart back then was its mellow design. In an auto world dominated by angry looking cars, Miata was soothing and relaxing, even if it provided thrilling experiences.

“The MX-5 Miata stands as the flag-bearer for everything that a Mazda vehicle is,” said Jim O’Sullivan, president and chief executive of Mazda North America. “Tonight’s reveal is a big deal for us,” he added.

The fourth generation Miata was presented in the same time both in Monterey, California; Tokyo, Japan; and Barcelona, Spain.

So far we have not received any hard spec like horsepower. However, we should expect this model to be very similar to the previous one. Mazda Miata MX-5 comes closer to the initial mode in what regards weight and shape. The model launched on Thursday is 220 lighter, reaching a weight of only 2500 pounds. As well, it is a few inches smaller both in length, as well as in width. The photographs convey a model easily reminding of BMW’s roadster, the Z4.

The original Miata was so successful in 1900 that it ended up representing 10 percent of the total sales for Mazda, with almost 36.000 sold. Mazda Miata MX-5 will go on sale in 2015, but we will have a chance to have a closer look later this year, when Mazda will display it at the November Los Angeles Auto Show. However, Mazda will called a 2016 model.

Miata was never about raw power. Instead, due to its ridiculously low weight and enhanced maneuverability the roadster was able to provide sublime sportive experiences. We expect the 2016 model to maintain the same transmission options, six speed automatic and six-speed manual gearboxes. We still don’t know whether the Skyactiv 2.0 liters engine will be turbocharged or not.

There have been a lot of improvement in what regards the interior design, as Mazda want to catch up with its competitors.

“We wanted a higher level of interior treatment, while continuing to focus on the driver,” Derek Jenkins, design director for Mazda North America Operations, stated. “The Lotus Elan is in the car’s DNA, but the visual connection to the Elan is more distant,” Jenkins added.