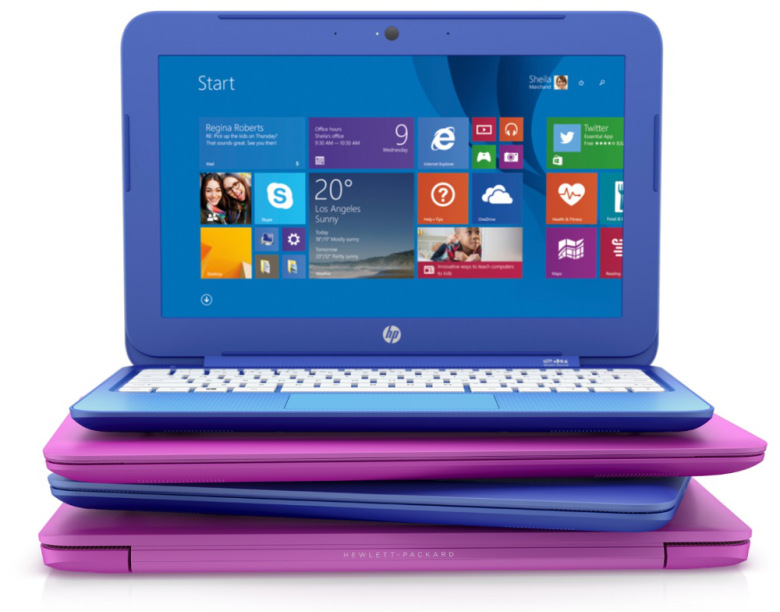 HP adds four new models to its Stream lineup after the first one was presented earlier this month. This is a potential blow to Chromebook, as Stream devices will be cheap Windows cloud-based machines. For those who felt that Chrome OS may not be enough, there will soon be alternative, yet similarly cheap, models.

A couple of weeks ago, HP presented the 14-inches Stream laptop. Its specs are less than exciting. The combination between AMD A4 clocked at 1.6 GHz and 2 GB of RAM will provide just enough power to surf the net.

Now HP expands the Stream lineup by adding 11 and 13.3-inches laptops, along with 7 and 8-inches tablets. These models are cheap, run Windows 8 and come in bright colors.

“Today’s consumers demand mobile products that fit their personal style and allow them to work and play where ever they are,” said Mike Nash, vice president in the Personal Systems Group at HP, in a statement. “The HP Stream products announced today hit the mark with sleek design, portability, access to free cloud storage, and the familiarity of Windows and Office 365.”

If you need extra storage, there is 1 terabyte of data available on Microsoft OneDrive for one year. Office 365 Personal edition will be available for the same period. The 13-inches model is 4G capable and comes with 200 MB of data per month.

The 11 and 13 inches models come with regular 1366X768 screens. The larger one can come with a touch screen option. Because they are both powered by an Intel Celeron, they have no fans, but then again, there isn’t enough speed to heat anything. However, Windows 8 runs rather smooth, as Microsoft adapted its OS to a wide range of processors. The 32 GB SSD will be enough for Windows 8 and a couple of files, so Stream users will need an internet connection permanently.

You can either have them in Orchid Magenta or Horizon Blue. The smaller model is just $200, while the 13-inches one is $230.

The HP Stream 7 Tablet and its 8-inches sibling run Windows 8 as well and include the same Office 365 and cloud storage offers. Their prices will be $100 and $150.

HP plans to make these models available for holidays. While they do not offer staggering performances, they are dirt-cheap. Would you be interested in buying one?